QUEEN'S PARK -- Premier Doug Ford believes his government is "going in the right direction" despite the fierce criticism his party has faced over budget cuts in 2019.

During an interview with CTV News Toronto, Ford acknowledged there were a few "bumps in the road" during the past year at Queen's Park, but said overall he believes his government "did a pretty good job."

"If I look back 20 years down the road, I would say our most productive year would be our first year. I understand there were bumps down the road," Ford told CTV News during a sit-down chat in his office. 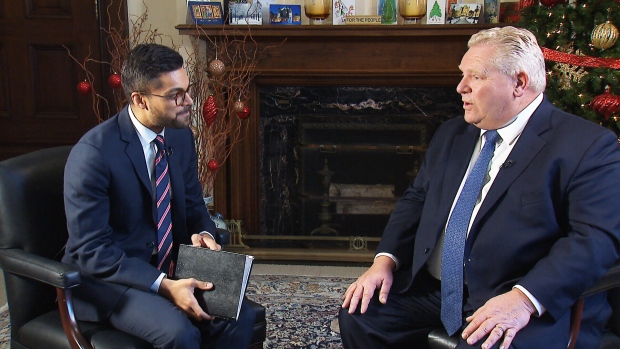 "We really built the foundation for years two, three, four and five on the budget itself."

The government was forced to spend half-a-billion dollars to reverse many of those reductions and announced some future cuts would be cancelled or delayed.

The controversial budget took its toll on the young Progressive Conservative government, which found itself drowning in negative approval numbers and looked for ways to reverse the trend. 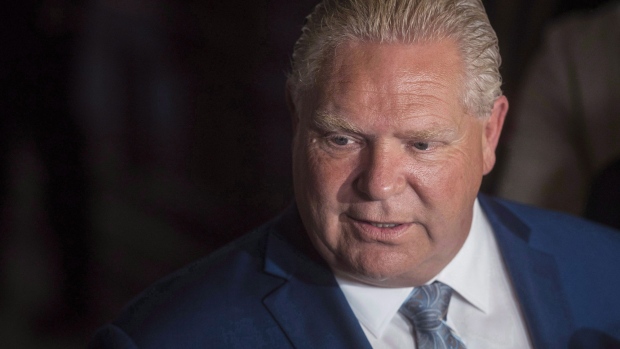 During an extended five-month summer break Ford largely remained silent -- in an attempt to stay out of an election campaign that the federal Liberals turned into a referendum on the Ford government's policies.

Ford re-emerged after the election with a new persona -- the combative politician who picked fights with mayors, the NDP and the media alike was replaced with a calm, soft-spoken, seemingly pragmatic premier.

"I'm just being myself," Ford said and suggested that he is "maturing" in his role.

To smooth things over with voters Ford's government has planned for an income tax cut to be delivered over the next few years -- which Ford believes will in turn help the government balance its budget by 2023-24.

"Economics is very simple for me. If you cut the red tape and regulations for companies and lower taxes, they'll reinvest it. The same goes for people." 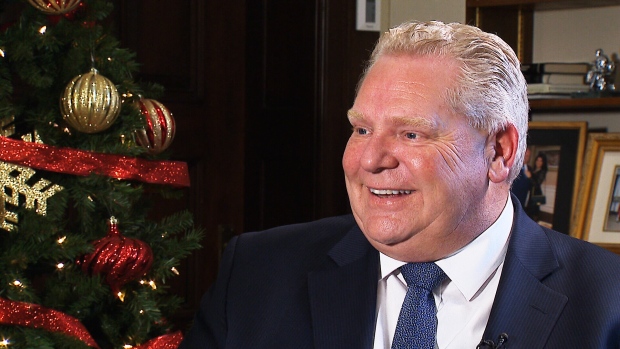 To that end, Ford signaled that the government is not backing away from its austerity push in 2020, as Finance Minister Rod Phillips embarks on a fresh round of pre-budget consultations.

"It's not about cuts, it’s about driving efficiencies."