Eight smiling families stood and cheered among a crowd of more than 100 Tuesday as they were given the keys to their new homes.

Among the people moving in is Yandira Feliz and her two daughters. The single mother is thrilled to move her family out of the one-bedroom apartment they were renting and into a home where each of them has a bedroom.

Sitting on a new couch, still wrapped in bubble wrap, Feliz couldn’t help but smile as she said: “I can actually say ‘I’m a homeowner.’" 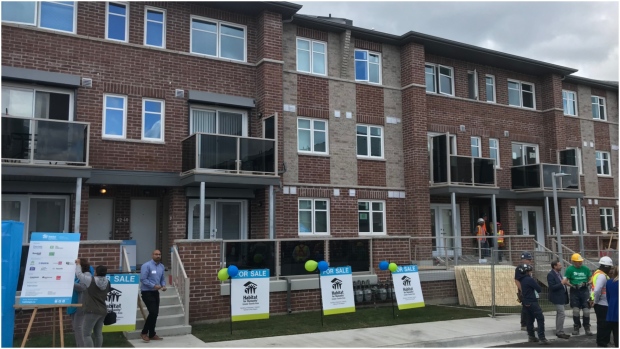 Habitat for Humanity has opened the doors of its site in Scarborough to eight families. (CTV News Toronto/Nick Dixon)

“It means no more rent, and it means that I can actually save for the future of my children.”

Her six-year-old daughter Coriah is ecstatic. During the presentation of the homes Tuesday morning, her bright smile and enthusiastic waves caught the attention of many in attendance.

She said her favourite part of the new house is her room.

“I have my own bedroom, and I have a lot of stuffies on my bed,” she said.

Coriah’s bed is covered in stuffed animals, which she proudly showed off. The walls and furniture are pink and white, a colour scheme she chose.

Habitat for Humanity GTA CEO Ene Underwood said that all of the families taking ownership today had to put in 500 hours of their own “sweat equity” as a down payment for their property. And now, they all have mortgages on their homes and the responsibility that comes with home ownership. 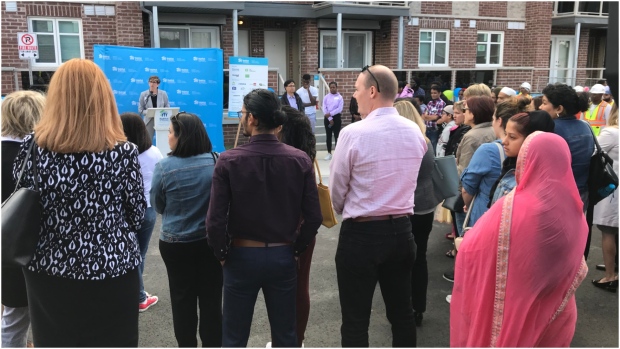 Eight families have been given new homes at a Habitat for Humanity site in Scarborough. (CTV News Toronto/Nick Dixon)

“It results in tremendous pride, a sense of control of living conditions, and infinite possibilities for mums, dads and kids,” Underwood said.

The new homes, located on Pinery Trail in Scarborough, are part of a neighbourhood full of Habitat homes.

This is the third phase and the eight families bring the total in the enclave to 38, with 12 more likely to move in in December.