The Toronto detective who solved the stranger-on-stranger murder of a florist said he first believed the victim’s husband was a suspect because his alibi was almost too good to be true.

Felicia Hosany, 51, was found dead by her husband in her flower shop, “Flowers by Felicia,” in February of 2008.

Rafick Hosany drove to the shop because his wife had not returned home at the end of the day, and she was not answering her phone.

He told police that he found her dead when he got there.

On the night of the murder, Rafick Hosany spoke to reporters, saying that he found his wife covered in duct tape.

“I see everything ransacked and when I push the washroom door a little bit I see my wife was all in duct tape and what not,” he said. “I got so frightened my legs were shaking and I didn’t know what to do.” 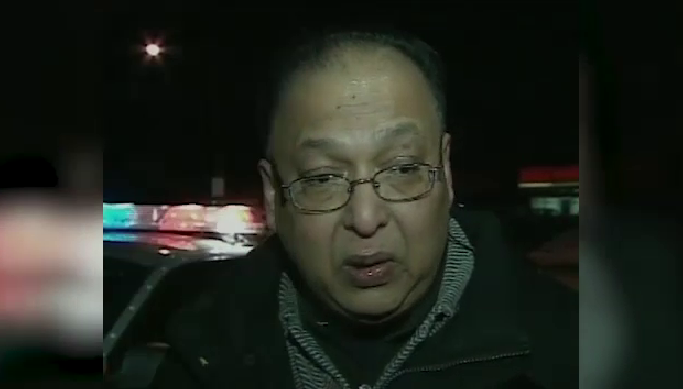 He called 911 but within hours of that phone call, he found himself in the police division answering some tough questions from then-homicide Det. Sgt. Steve Ryan, now CP24's Crime Analyst.

“Basically her entire head was duct taped,” Ryan said on this week’s episode of The Detective. “Her hands were duct taped behind her back, her knees and feet were duct taped together as well, and she was left for dead.”

The shop appeared to have been robbed, Ryan said. Felicia Hosany was left with her head wound tight with duct tape.

The mother of three, and soon-to-be-grandmother, suffocated.

“It’s an horrific way to die,” Ryan said. “You know you are dying because you can’t breathe, it’s not instant though, that’s what stayed with me this whole time.”

The detective told CTV News Toronto he had never seen anything of its kind in all his years on the job.

“I was feeling that anxiety that I thought she would have felt as she was gasping for her last breath. So to see that was completely foreign to me."

Ryan brought in Hosany’s husband to ask him who would do this to his wife.

“I interviewed him for probably three hours and it was more of an interrogation where I accused him of killing his wife,” Ryan said. “I accused him over and over again of doing that.”

Ryan said he had no evidence that this was the case, but as part of his job he needed to see what kind of reaction he would get when asked.

But Hosany, who Ryan said was taken aback by the accusations, had a perfect alibi. Maybe too perfect, thought Ryan at the time. 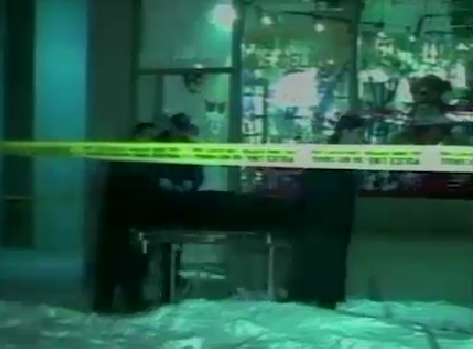 Ryan said he asked him where he was at 8 p.m. on the night of murder. Hosany had a gas receipt showing that exact time.

He then asked where Hosany was at 8:30 p.m. and he produced a receipt from his bingo night.

“He had all of his receipts and when you are sitting in my chair, you have a tendency to suspect, and say oh that is convenient, every time I ask you a question you’ve got all the answers. In fact you’ve got proof as to where you were, how convenient but in fact that is how this man lived his life.”

This went on for three hours before the detective cleared the husband as a suspect.

Now Ryan had a stranger-on-stranger murder on his hands. The hardest of crimes to solve.

More than a decade later, Ryan met up with Hosany’s son, Greg, both recalling the night of the murder and the detective accusing the man’s father of killing his mother.

From the start, the former detective has always felt terrible about bringing Hosany in for an interrogation just hours after he found his wife murdered, he told their son.

“And you know, I apologized to him many times over the years for that and I was hoping to do that again. I was very sad to hear that your dad, your dad had passed with a broken heart I'm sure because he loved your mom.”

Those were the early hours of the homicide investigation, and it would move quickly to two other suspects.

Toronto’s hold up squad had arrested two men for similar types of robberies, including a florist who was also bound and gagged with duct tape. Investigators were able to get DNA from the tape and make a match.

He said one of the suspects left DNA on the duct tape, leaving saliva behind because they ripped it with their teeth.

“So we knew that the donor of that DNA was the same person,” Ryan said.

After testing the two robbery suspects for DNA, it turned out that the DNA belonged to Andre Clarke, sitting in jail on robbery charges. There were two suspects in custody for robbery, 33-year-old Andre Clarke and 22-year-old Nevin Joseph.

Ryan wanted a confession, and did not think he could get it from Clarke. So they went to the jail, the Toronto East Detention Centre to speak with Joseph.

“And we did that strategically because the 32 or 34 year old was a hardened type of guy and there was no way he was going to talk to us. I mean he'd go down in flames before he's going to talk to the police. You just know that.”

But Joseph didn’t have a criminal record and was scared, crying during his first interview with police. Days later calling Ryan saying he is ready to confess his part. They went to the jail to talk.

“I had the shackles removed because you never want to take a statement when somebody is in handcuffs, ever. It is just not good optics, because the optics of that as they are not free. They are giving you what you want to hear because they are handcuffed and it is uncomfortable for them so they will just say whatever it is you want them to say. So again you need to make everything comfortable for him for this guy as comfortable as we could make him in a jailhouse setting.” 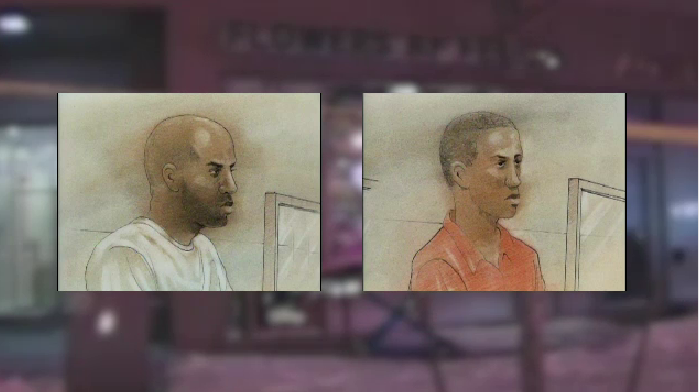 Ryan played the role of an understanding and friendly cop.

Joseph spilled the beans, admitting he was in Felicia’s flower shop robbing it with Clarke, but it was Clarke that wrapped the duct tape too tight because he was angry that Hosany would not give him her bank card’s PIN number.

All the same, both were charged with first-degree murder, even though Joseph was helping police.

In the end, Joseph made a deal with the Crown and turned Crown’s witness, testifying against Clarke. He pleaded guilty to manslaughter and got six years after taking into account time served, but it was not an easy time on the witness stand, says Ryan.

“An accused person has the right to look at his accuser. So, Clarke had every right in the world to look right at Joseph as he's testifying against him. Couldn’t hide Joseph, you can't put a screen up, he has to be in the same room with the person that he is accusing. So, Clarke was trying to intimidate him throughout his entire testimony, and we could see that with his facial expressions.”

Joseph gave the Crown everything, but the jury did not buy the first-degree murder conviction. Instead, they found Clarke guilty of manslaughter. The judge sentenced him to 18 years in jail less pre-sentence custody, amounting to 10 years.

Both are now out, Joseph deported back to his native St. Lucia.

“They’re free and my mom’s not here, so what else is there really to say?” asked Greg Hosany.

His sister stopped talking for years after her mother’s murder. However, four years after the death, Ryan was walking in a mall, “And I heard somebody yell, detective, and I turned around and it was Felicia’s daughter and she recognized me and she approached me.”

Ryan says she hugged him and in a clear voice, thanked him for solving her mother’s murder.