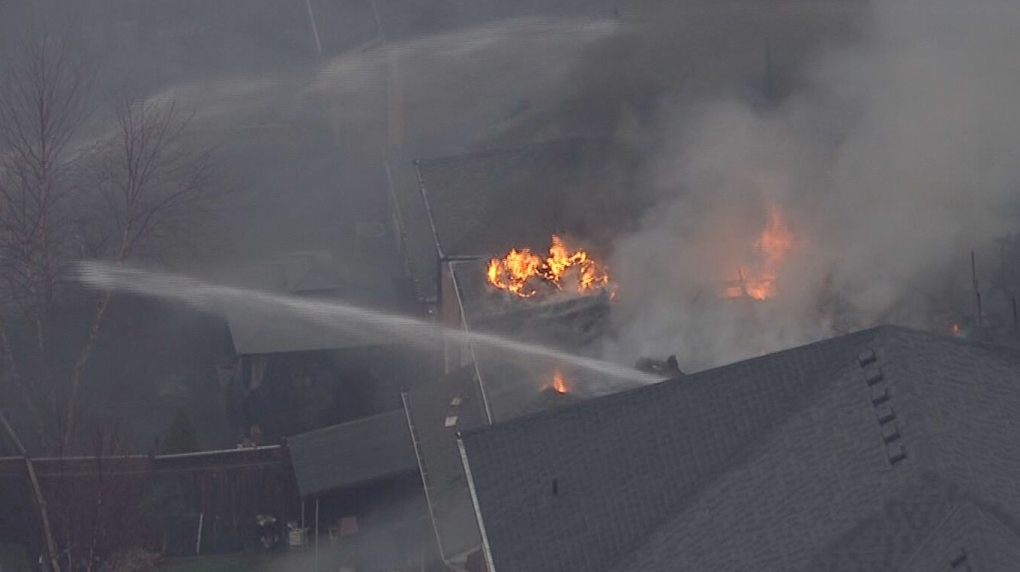 Caledon Fire is working to douse a large residential blaze in Bolton.

Crews battled a large fire at a residential area in Bolton on Wednesday afternoon.

According to Caledon Fire and Emergency Services, the call came in at 3:13 p.m.

A communications officer initially said a townhouse under construction ignited on Stella Crescent, which is just east of Queen Street South and south of King Road.

However, Caledon Fire later said that homes affected by the blaze were approximately 20 years old.

At least two units in the complex were ablaze, and the fire may have spread to another adjoining townhome, they said.

A total of 11 fire trucks were at the scene. 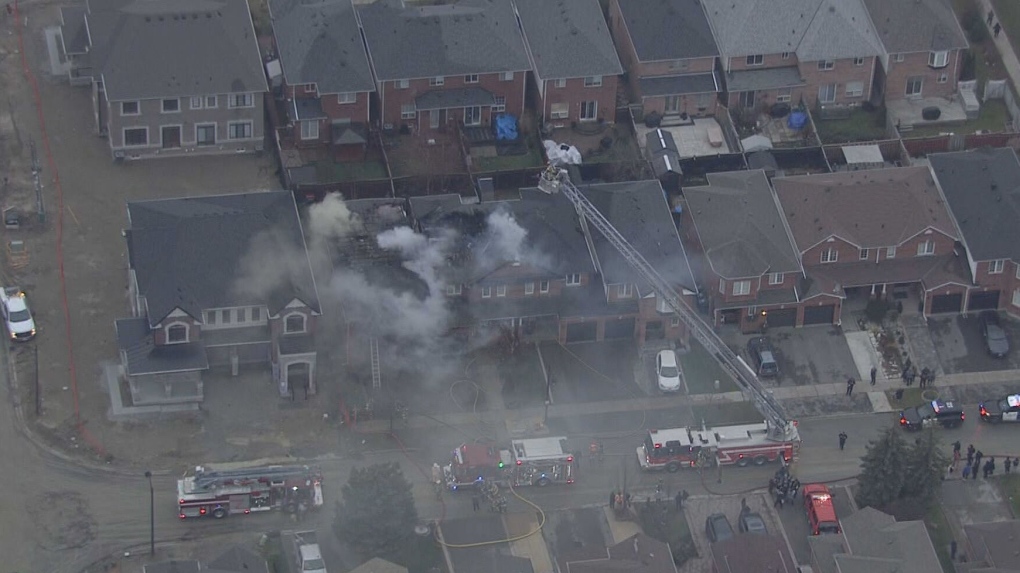 Caledon fire is working to douse a large residential blaze in Bolton.

Caledon Fire said everyone got out safely, including two cats and a bird.

No injuries have been reported. The cause and origin of the fire are unknown.

2 gang members arrested in California shooting that killed 6, including baby

Two gang members suspected in the massacre of six people last month in central California were arrested early Friday, one after a gun battle, the Tulare County sheriff said.