Rescue crews recovered the bodies of two men from an Ajax, Ont., construction site where a trench they were digging collapsed Monday afternoon.

Some time around noon, a large trench, near Rossland and Westney Roads collapsed, injuring two male workers and burying two others.

An Ornge air ambulance attended the scene and transported one person to hospital. A second worker suffered a broken ankle and was taken to a local hospital.

By about 2:30 a.m. Tuesday, Durham Regional Police said they recovered the bodies of the two workers.

An Ontario Ministry of Labour investigation into what caused the collapse is ongoing. 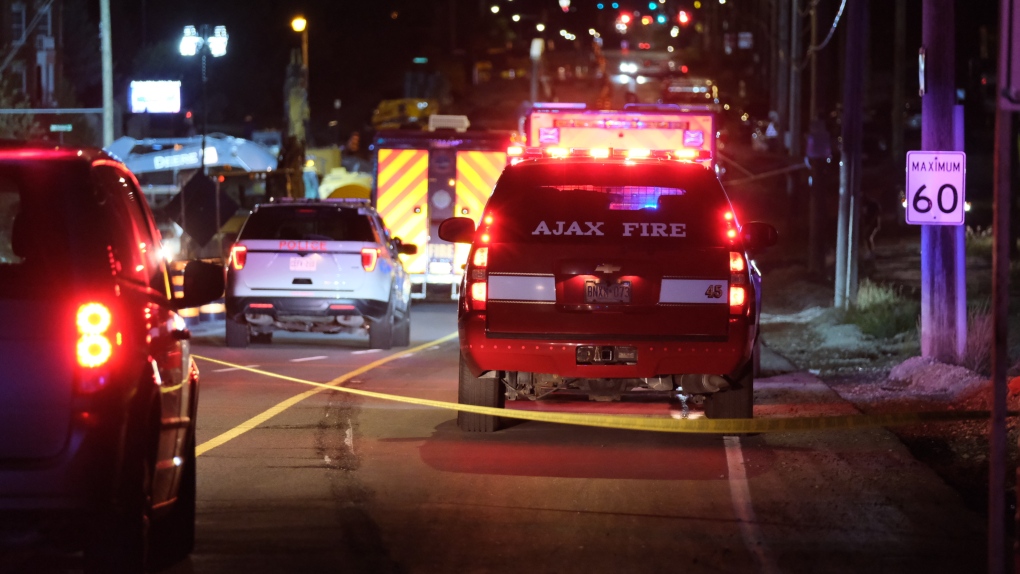 Ajax Fire can be seen above. (CTV News Toronto)

Francois Legault has been elected for a second mandate as Quebec premier with a majority government, CTV News has declared.