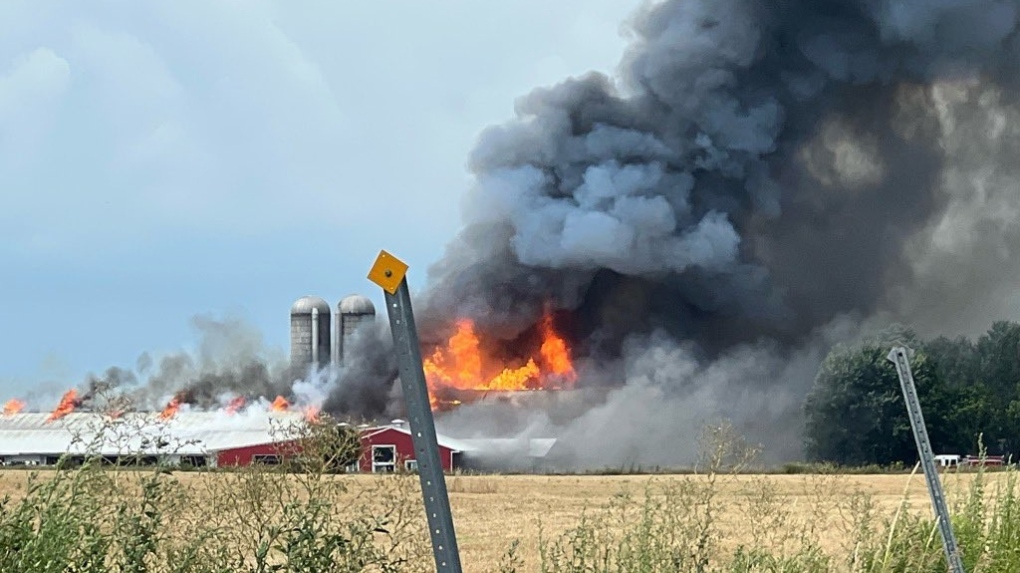 Fire crews are responding to a barn fire in Essa Township. (Twitter/OPP)

No people were injured in a fire that broke out at a barn in Essa Township on Sunday afternoon, but officials said several cows were killed.

Firefighters from six local fire departments including New Tecumseth, Innisfil, Barrie, and Springwater, were dispatched to help put out the flames.

According to Barrie deputy fire chief Carrie Clark, the fire has been controlled and now they’re in “salvage and overhaul mode.”

Due to the collapsed barns, Clark says larger equipment is en route to pull off the remains of the steel structures in order to put out hot spots.

According to Barrie Fire, some cows were killed inside the barn, but they did not release a number of fatalities.

There are no reported injuries to people, and the cause of the fire is unknown. The Ontario Fire Marshal is now conducting its investigation.

- with files from CTV News Barrie

California serial killer 'on a mission' in slayings, police say

A California serial killer seems to be 'on a mission' throughout the fatal shooting of six men and the wounding of one woman dating back to last year.