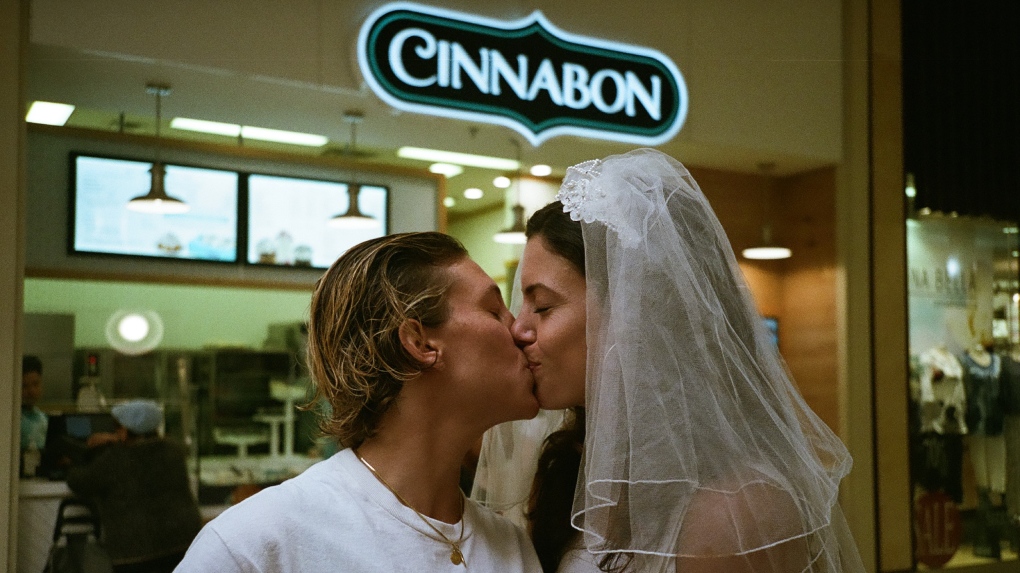 Andi Larocca and Kate Palumbo kissed in front of the Cinnabon in Dufferin Mall on September 6, 2022 (Supplied).

A Toronto couple hosted their wedding ceremony at what they call an “iconic location” in the city – the Cinnabon in Dufferin Mall.

“Ultimately, we wanted the wedding to be a reflection of our dynamic together and not take anything too seriously,” Kate Palumbo and Andi Larocca told CTV News Toronto.

The idea came from their friend and officiant Kaleb Robertson who had always wanted to conduct a wedding ceremony at Dufferin Mall.

“The mall that has it all,” Palumbo said, making a nudge to a tag phrase often associated with the west-end shopping centre. 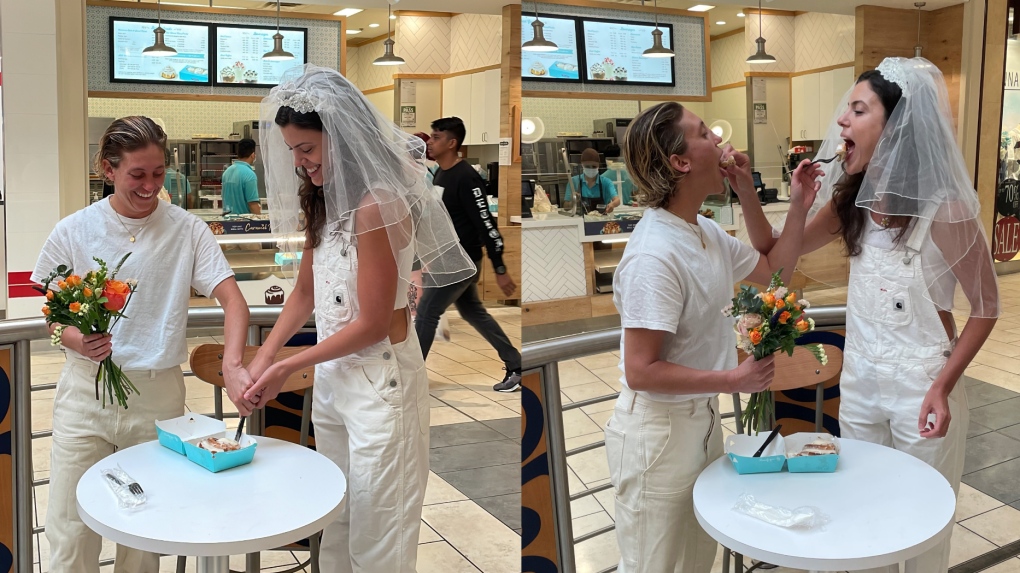 Kate Palumbo and Andi Larocca got married at the Cinnabon in Dufferin Mall on Tuesday (Supplied). The couple wed on Tuesday and made use of the mall’s photo booth as a wedding photographer that came at the cheap price of $5.

For their wedding cake, they fed one another a cinnamon bun and purchased a second, which they froze to feast on for their first anniversary.

While their wedding ceremony was taking place, a little audience formed around them. Among them, a group of teenage boys gave an applause.

“For the most part, people were pretty unfazed,” Larocca said. 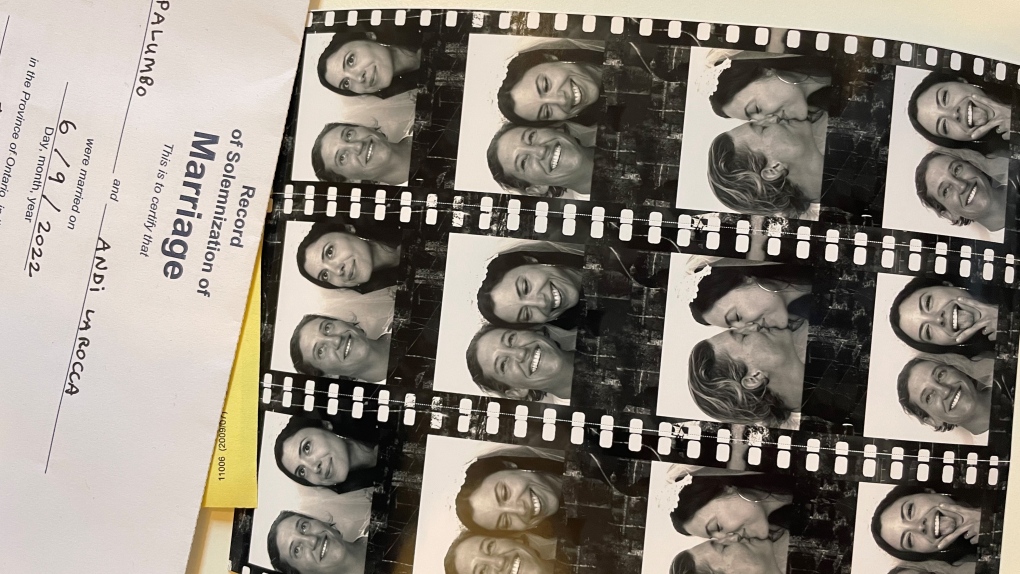 Kate Palumbo and Andi Larocca got married at the Cinnabon in Dufferin Mall on Tuesday (Supplied). The couple lives in Little Italy and said Dufferin Mall is a central place in their lives. Inevitably soon, they said they’ll visit the establishment and pass their wedding venue.

“I guess we’ll always have a special moment when we pass the Cinnabon,” Larocca said.

“If we smell the Cinnabon, we’re going to remember how much we love each other,” Palumbo added.