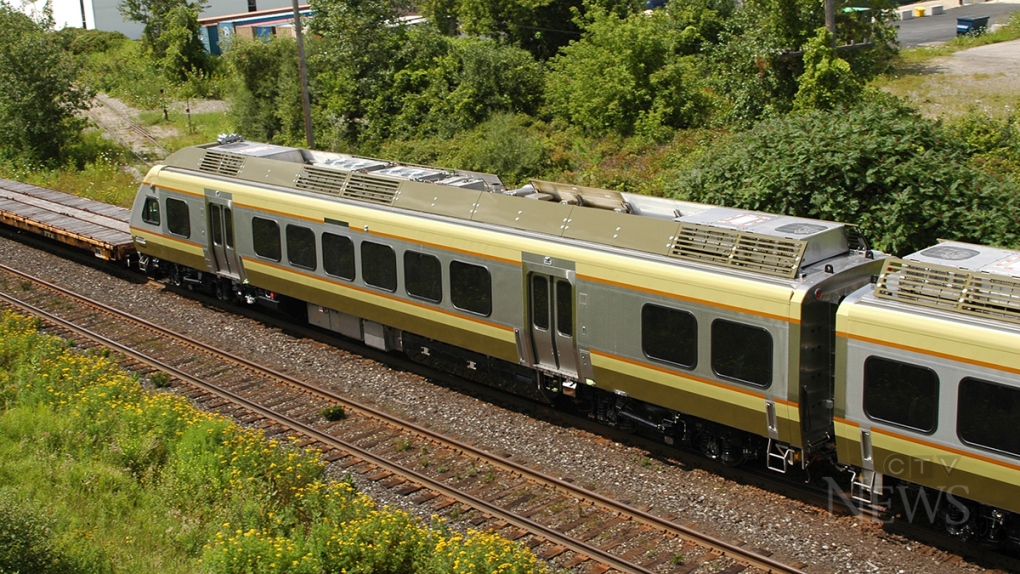 After travelling thousands of kilometres across the Pacific Ocean from a manufacturing plant in Japan, the new Union Pearson Express train has arrived in Toronto. (James Gardiner)

Toronto council has voted to request Metrolinx make fares affordable for the new airport rail link will be kept affordable.

The motion, which was put forward by Coun. Frances Nunziata, was passed Thursday night during the last meeting of the term before the fall election. It urged the province’s transit body, Metrolinx, to keep the fare on the rapid transit line from Union Station to Toronto’s Pearson airport at "rates comparable to GO Transit fares."

Coun. Josh Matlow, who wrote an open letter to the city last week about the Union-Pearson express train ticket price, thanked his colleagues for taking a strong stand on making rapid transit affordable for travellers.

Thanks to our colleagues for supporting my motion, and Councillor Nunziata's, to request Metrolinx make the UP Express affordable & fair.

While Metrolinx hasn't officially announced the ticket price for the rapid transit yet, reports suggest passengers may have to fork over between $20 and $30 each way. The fare will also include a $1.85 tax to offset lost parking revenue.

According to the city's report, that amount is likely too rich for many travellers.

"By setting the fare at an amount of $20-$30, many residents of Toronto will not be able to afford this new connection to downtown Toronto and to the airport," the report says.

Slated to be open next year in time for the 2015 Pan American Games in Toronto, the rail link is being built at a cost of $456 million. It will take approximately 25 minutes for the train to travel the 25 kilometres journey between the two busy hubs.