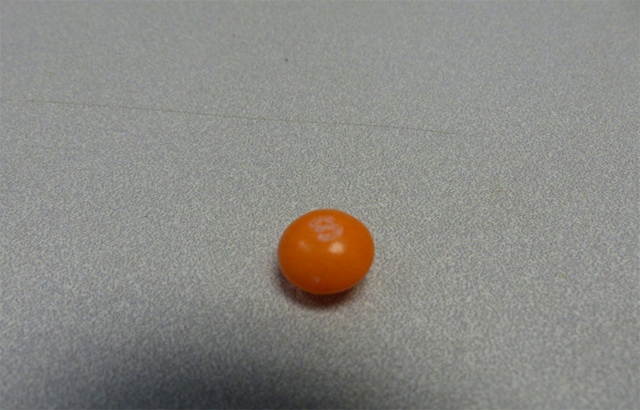 A picture of the solitary orange Skittle/

AURORA, Ont. - Police north of Toronto are trying to reunite owners with a large quantity of stolen property -- including a Skittle.

A picture of the solitary orange Skittle featuring a faded white "S" is in a series of more than 125 photos of recovered stolen property posted online Tuesday by York Regional Police.

Police say they're posting the pictures to give victims of at least 38 residential break-ins the opportunity to identify their property.

Most of the photos are of jewelry, watches and personal electronic items recovered during the execution of multiple search warrants during the investigation which began in April.

Det. Sgt. Don Cardwell says the Skittle was found with stolen property recovered following the arrests of four people in the series of break-ins across the Greater Toronto Area.

Cardwell says the candy was photographed by an investigator and sent to the police force's media relations department as a joke and investigators never intended for the Skittle picture to be posted online.