As the housing market continues to show signs of weakening, the cost of rent in Toronto is on the rise.

New data released by the Toronto Region Real Estate Board for the second quarter of 2022 shows that the average rent charged for one-bedroom and two-bedroom condominiums has now reached a new record high, after plunging earlier in the COVID-19 pandemic.

Smaller bachelor units were up a staggering 25 per cent to $1,829 per month but have not yet reached the peak reached in the third quarter of 2019.

“Expect rental market conditions to tighten further in the coming months. Higher borrowing costs may have temporarily precluded home buying for some households, but the Greater Toronto Area (GTA) population continues to grow alongside a booming regional economy. This means that an increasing number of people requiring a place to live will turn to the rental market,” TRREB President Kevin Crigger warned in a news release accompanying the data.

The average cost of a home in the GTA has now fallen for four consecutive months and at least one major bank is warning of a “historic” housing correction that could ultimately see prices drop by as much as 14 per cent from peak to trough.

The rental market, however, is showing no signs of slowing down. 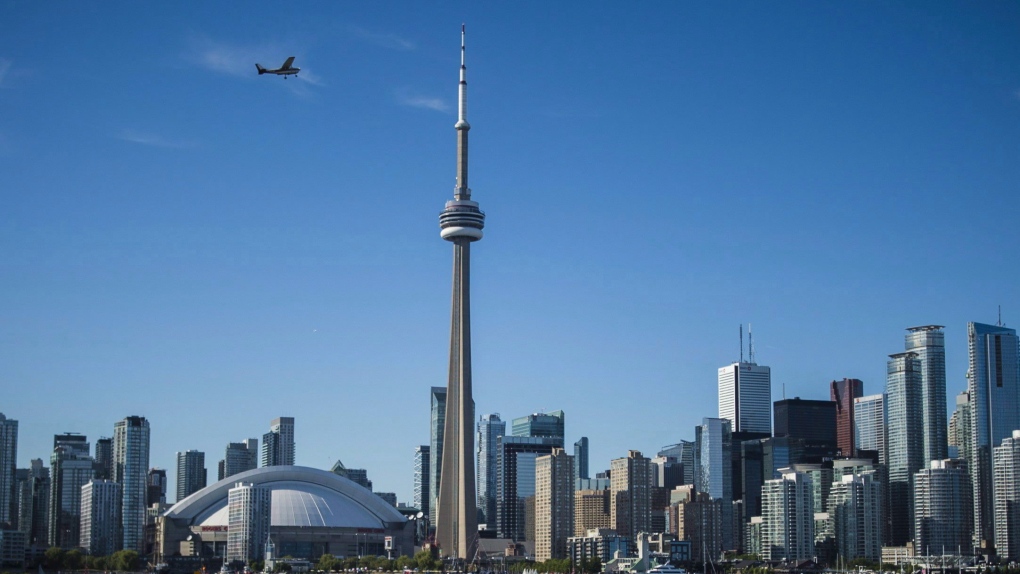 The Toronto skyline is photographed from the Hanlan's Point Ferry as it travels back to the city on Thursday, June 21, 2018. THE CANADIAN PRESS/Tijana Martin

The latest data from TRREB suggests that rental listings were down 30 per cent year-over-year in the second quarter, resulting in a significant increase in competition for some units.

READ MORE: Housing correction underway in Ontario, RBC says. This is how much prices could fall

“Competition between renters continues to heat up, resulting in extremely strong upward pressure on average rents,” TRREB Chief Market Analyst Jason Mercer said in the release. “Rental supply remains a major issue in the GTA and will become more pronounced in the short term, as an increasing share of well-employed individuals turn to the rental market.”

TRREB says that the average selling price for condominiums in the second quarter reached $769,999, up more than 12 per cent from the same time period in 2021.

The pace of growth has, however, begun to slow amid an aggressive campaign by the Bank of Canada to raise interest rates. Prices were up more than 16 per cent year-over-year in the first quarter.