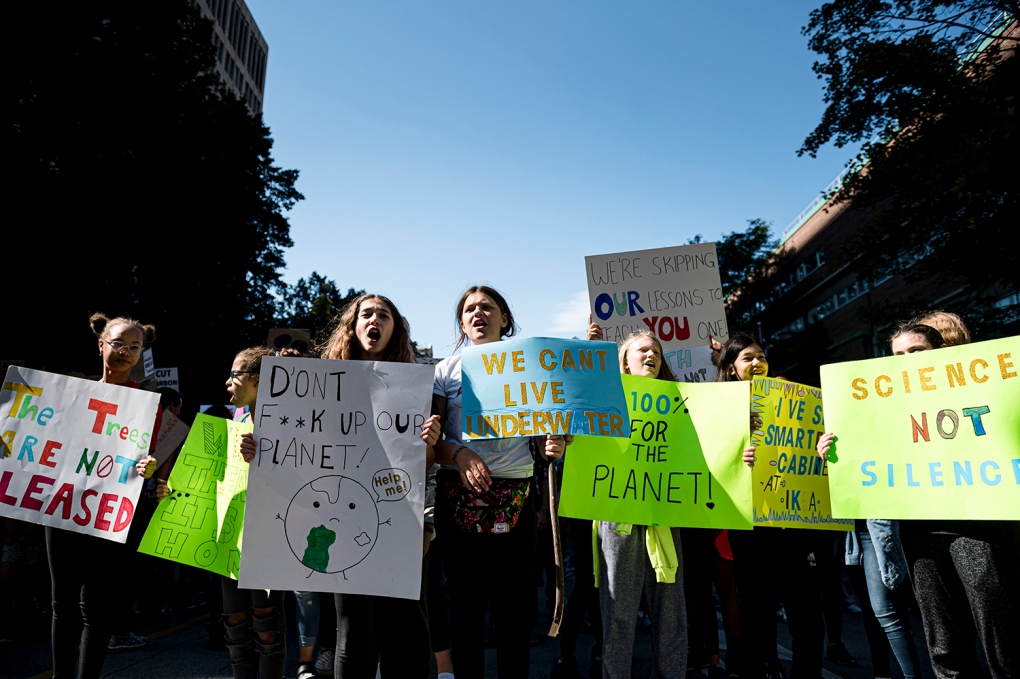 Young people chant during a climate protest in Toronto on Friday, Sept. 27, 2019. THE CANADIAN PRESS/Christopher Katsarov

Recommended by Mayor John Tory and seconded by city councillor Mike Layton, the declaration was made for the purpose of “naming, framing, and deepening” Toronto’s commitment to protecting the city’s economy, ecosystem and residents from climate change.

“This emergency declaration serves to join cities across the world in tackling climate change, framing the impact of climate change on our residents and businesses and enhancing Toronto’s commitment to a net zero carbon future,” Tory said in a news release following the initial announcement on Sept. 20.

The city joins 800 other governments including London, Barcelona, Los Angeles and Montreal in acknowledging the scale of the global climate crisis.

This comes after more than 15,000 people took to the streets of downtown Toronto on Sept. 27 for the city’s climate change rally.

Commitments in the declaration include:

The declaration summary states that without a climate strategy residents and businesses will spend “billions of dollars” rebuilding homes, businesses and city infrastructure damaged by ever-stronger floods, storms, heat waves and flash freezes.

“Hundreds of governments around the world and major cities across Canada have recognized the urgency of the climate threat by declaring a climate emergency. It is time for Toronto to do the same and to take bolder action to meet our goals of reducing emissions and building a city that is greener, healthier and resilient,” the summary continued.