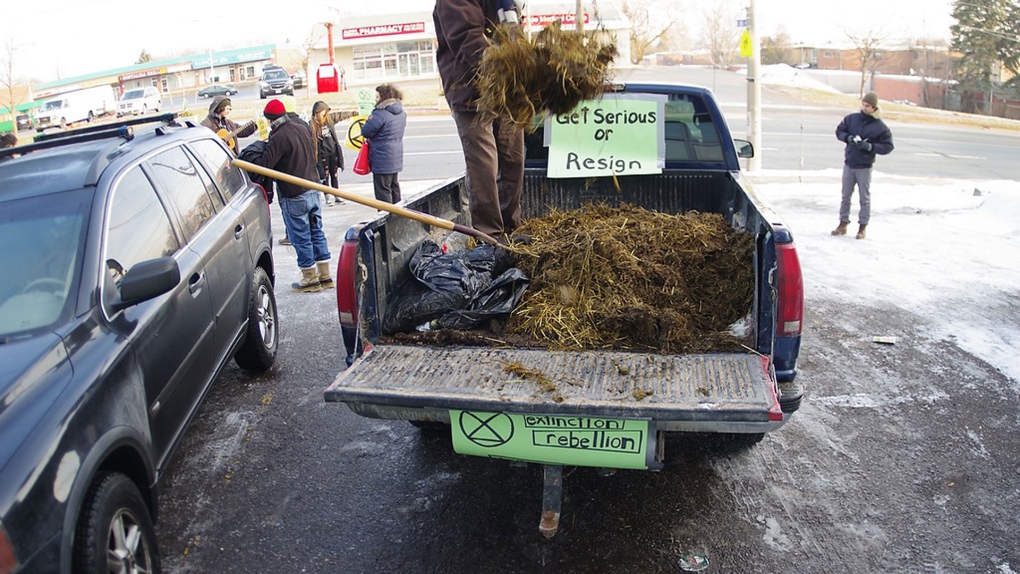 TORONTO -- Two people have been charged after allegedly dumping a pile of manure in front of Ontario Premier Doug Ford’s constituency office in Etobicoke last December.

Police began an investigation into the incident on Dec. 22 after video posted to social media showed two men in the back of a truck shoveling manure onto the ground in front of Ford’s office on Albion Road.

The Hamilton chapter of Extinction Rebellion, a climate change activism group, took credit for the stunt, saying that they were protesting against the province’s climate action program. 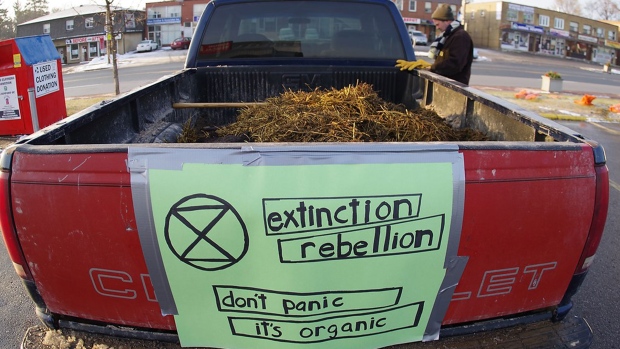 A spokesperson with the premier’s office said at the time that they would not respond to the manure dumping.

Two Hamilton residents were later charged in connection with the incident. Cameron Topp, 49, and Dennis Alvey, 55, have each been charged with mischief under $5,000.

Speaking with CTV News Toronto over the phone on Friday, Topp—who is a spokesperson for the Hamilton chapter of Extinction Rebellion—said that the manure dumping was done in protest of the government’s climate plan, which was slammed by Ontario’s Auditor General in early December.

“I, in particular have really, like a lot of people, have been in climate despair for the last couple of years,” he said. “I am terrified that my sons … I’m terrified that their life is not going to be the same amount of quality as ours.”

“We wanted to do something that would make a splash, that was a little fun.”

Topp said they chose to hold the protest on Sunday morning in order not to disrupt businesses in the area. The manure, he said, was picked up from a local farmer and transported to Toronto in a borrowed pickup truck. He said they stayed in the area for a few hours before leaving.

“We are doing this in self-defence,” he said. “It’s a flamboyant action, with the dumping of manure, but it gets the point across. We have to motivate enough people to demand that we act rather than just all quietly, politely say we should really do something.” 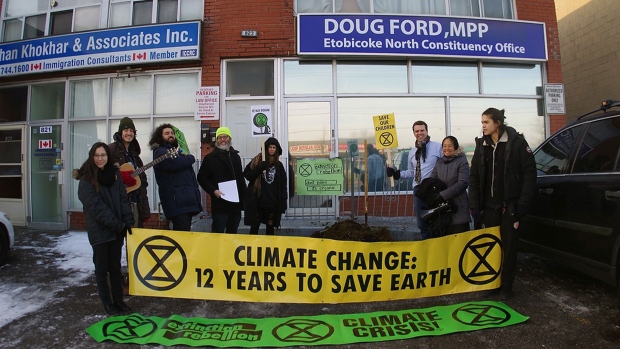 Extinction Rebellion always knew there was a “real possibility” that charges would be laid following the incident, but Topp said that “this is what civil disobedience is about.”

“When you are willing to get arrested, the rest of your family, friends in your community recognize that this is important … In this situation with a climate emergency, modest civil disobedience is justified.”

Topp has been scheduled to appear in court on Feb. 18 and Alvey is due to appear on Feb. 21.