A Canadian airline crew, along with six passengers, are at risk of returning to prison in the Dominican Republic following a month-long saga that began with the discovery of a substantial quantity of cocaine on a plane bound for Toronto, the company says.

In a letter sent to Foreign Affairs Minister Melanie Joly, obtained by CTV News on Wednesday, Pivot Airlines CEO Eric Edmondson expressed dire concern for the five airline crew members who have been stuck in the Dominican Republic since April 5.

Their arrest was triggered by the discovery of more than 200 kilograms of cocaine onboard an aircraft bound for Toronto while grounded at the Punta Cana airport. Despite immediately reporting the narcotics, the five crew members, alongside six passengers, were arrested and detained.

With the condition that crew members remain in the Dominican Republic until the matter is resolved, they were released on bail last month, which Edmondson said involved the airline securing roughly $100,000 in bail. However, the legal battle did not end there.

"In a shocking move, the prosecutor has recently filed an appeal of the court’s decision to grant our crew bail, despite having no evidence tying them to a crime. We expect the appeal to be heard by the court this week," he said. 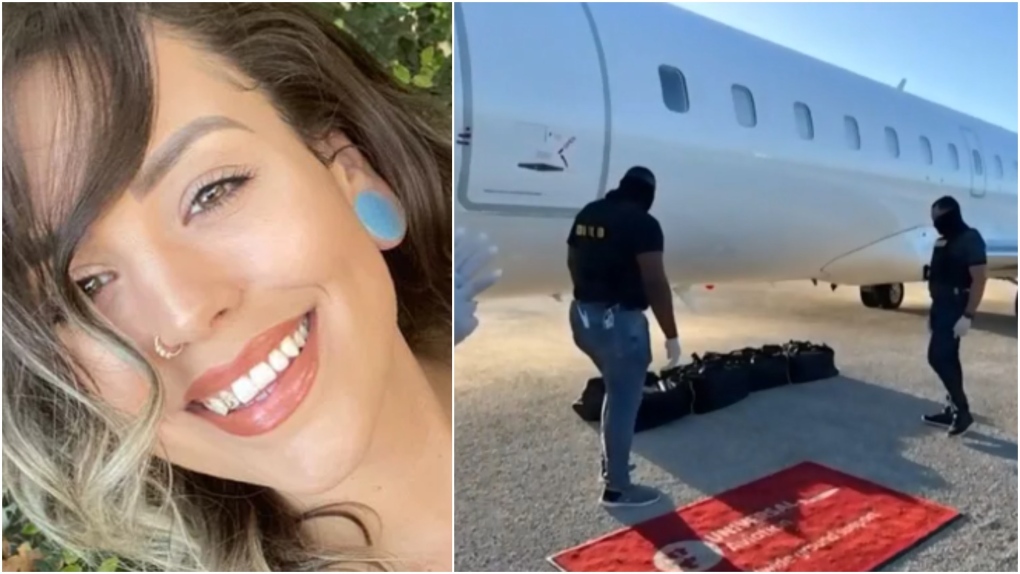 Brittney Wojcik-Harrison was a passenger on the Pivot Airlines flight to Toronto, her family says. (GoFundMe)

If successful, the crew could be forced to return to a Dominican jail. Since it has been widely reported that Pivot crew members alerted authorities of narcotics on their plane, Edmondson said placing them in prison alongside alleged criminals will put them at serious risk.

"They are worried that a return to Dominican jail will be a one-way trip," he said.

The Canadian Union of Public Employees (CUPE) expressed grave concern earlier this week regarding the duration of time the crew members they represent could be stuck overseas.

"Without being charged with a crime, they are now being forced to stay in the Dominican Republic pending the investigation and court case, which could take up to 12 months," CUPE’s national president Mark Hancock, and national secretary-treasurer Candace Rennick, said in a separate letter to Joly.

For a second time, Pivot Airlines is cautioning Canadians about travelling to the Dominican Republic.

"If reporting a crime in the Dominican Republic could result in arbitrary detention, the government must seriously consider issuing a similar travel advisory," Edmondson said.

WHO IS BEING DETAINED?

CUPE told CTV News Toronto the names of two of the crew members who are stuck in the Dominican: Christine Carello and Alexander Rozov.

They are among a crew of five, which included two flight attendants, two pilots and a mechanic. The names of the other crew are not known at this time.

One of the six passengers who was onboard the flight bound for Toronto was a Calgary photographer named Brittney Wojcik-Harrison.

Family members told CTV News Calgary that Wojcik-Harrison was invited to join a group of friends who had chartered a small plane to fly to the Dominican Republic at the end of March.

"We really want to get all of them home, not just my niece but definitely all of them," Karen Harrison, Brittney's aunt, told CTV News Calgary. "We are very worried about their welfare down there.