Blue Jays announce netting at Rogers Centre will be extended 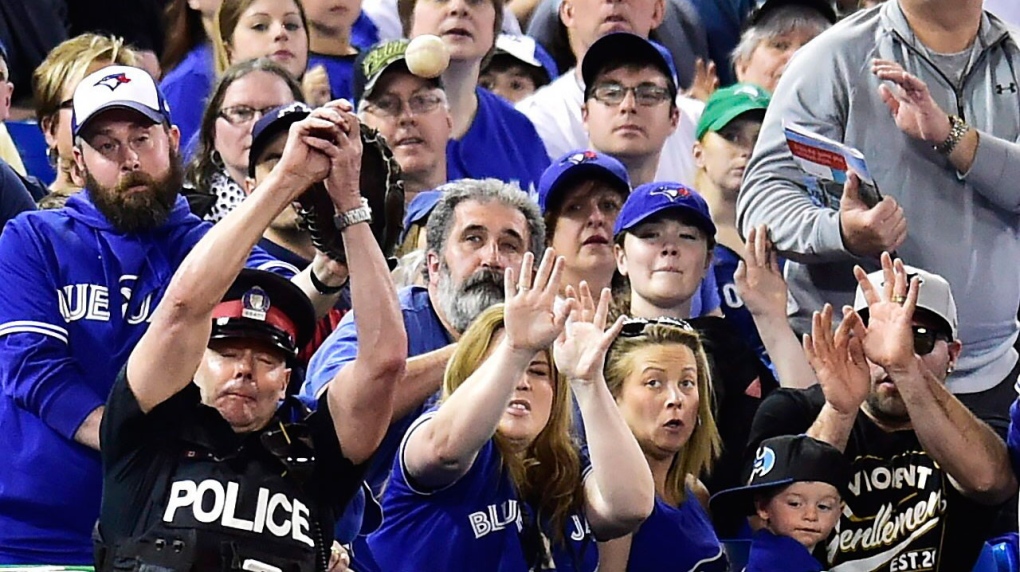 In this May 14, 2017, file photo, a police officer tries to catch a foul ball during seventh inning of a baseball game between the Toronto Blue Jays and Seattle Mariners in Toronto. The Blue Jays announced Monday, Jan. 15, 2017, they will extend the protective netting at Rogers Centre to the outfield end of each dugout this season and increase the height of netting behind home plate by approximately 10 feet to 28 feet. (Frank Gunn/The Canadian Press via AP, File)

TORONTO -- The Toronto Blue Jays announced Thursday that the protective netting at Rogers Centre will be extended down the length of the first and third baseline walls.

The Blue Jays say the netting will run to section 113C on the first-base side and 130C on the third-base side, tapering off to the curve before the foul poles.

The 9.1-metre height of the extended netting will match what was in place behind home plate during the 2019 season, and the colour and knotting will also be the same.

The new netting is expected to be in place before the Blue Jays 2020 home opener on March 26 against Boston.

This report by The Canadian Press was first published Feb. 27, 2020.