'Armed and dangerous:' Police release image of suspect in stabbing on Toronto streetcar 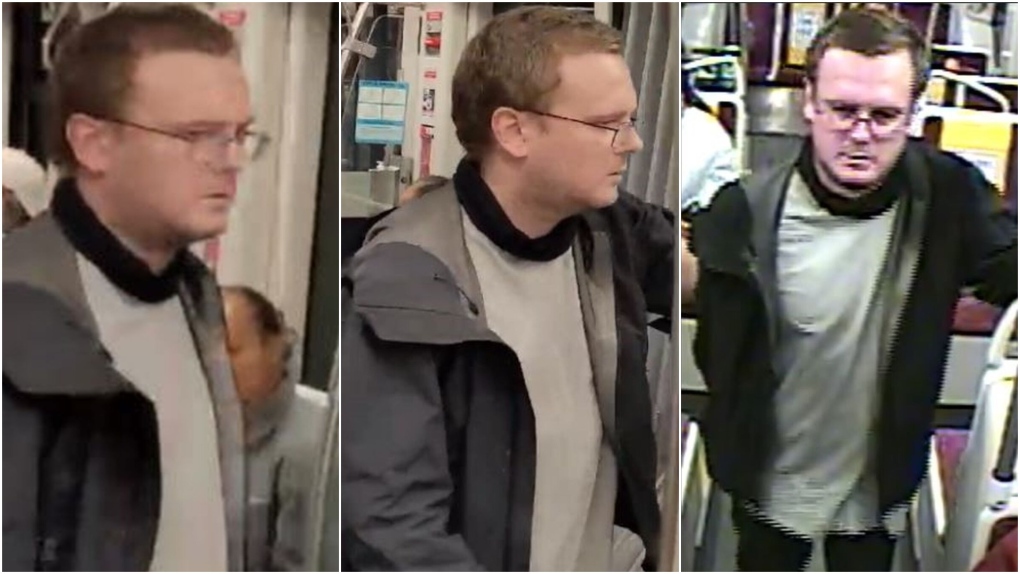 A suspect wanted in connection with a stabbing on a TTC streetcar is shown in this surveillance camera image. (Toronto Police Service)

TORONTO -- Police have released a surveillance camera image of a man who allegedly stabbed another rider on a TTC streetcar earlier this month.

According to police, the suspect got into some sort of verbal altercation with another man while the two were travelling on a northbound Spadina streetcar just before 11 p.m. on Sept. 9.

They allege that the suspect then stabbed the other man multiple times when the vehicle was just south of Harbord Street.

The suspect got off the streetcar following the stabbing and was last seen walking southbound on Spadina Avenue.

He is described as about five-foot-eight with glasses and short brown hair. He was wearing a light coloured shirt with a black collar, a dark jacket with a hood, dark pants and dark shoes at the time.

Police say that he should be considered “armed and dangerous.”

“If located, do not approach and call 9-1-1,” police said in a news release issued Monday afternoon.