'Act of cruelty': Cat left dumped with belongings on shoulder of Ontario road

'Act of cruelty': Cat left dumped with belongings on shoulder of Ontario road 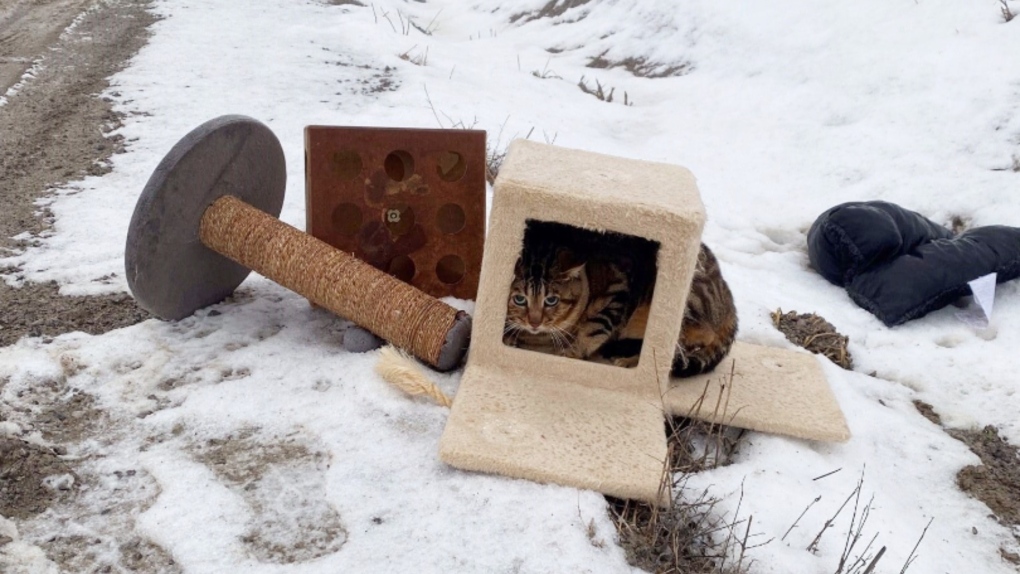 This cat was left on the side of a road in Pickering. (Supplied)

A cat has been rescued after he was found dumped, along with his belongings, on the side of a road east of Toronto.

According to the City of Pickering, the male cat was found around by operations staff near Concession 7 and Brock Road in North Pickering on Wednesday morning.

"Abandoning an animal like this is extremely neglectful, as they are left to fend for themselves against coyotes, vehicular traffic, and the weather," the city said. "We cannot comprehend this act of cruelty."

The cat is being cared for in a shelter until he is ready to be adopted into his “forever home,” the city said.

The city is reminding people who can no longer take care of their pets to bring them to an animal shelter.

Animal Services is asking anyone who has information on where this cat might have come from to call 905-427-0093.