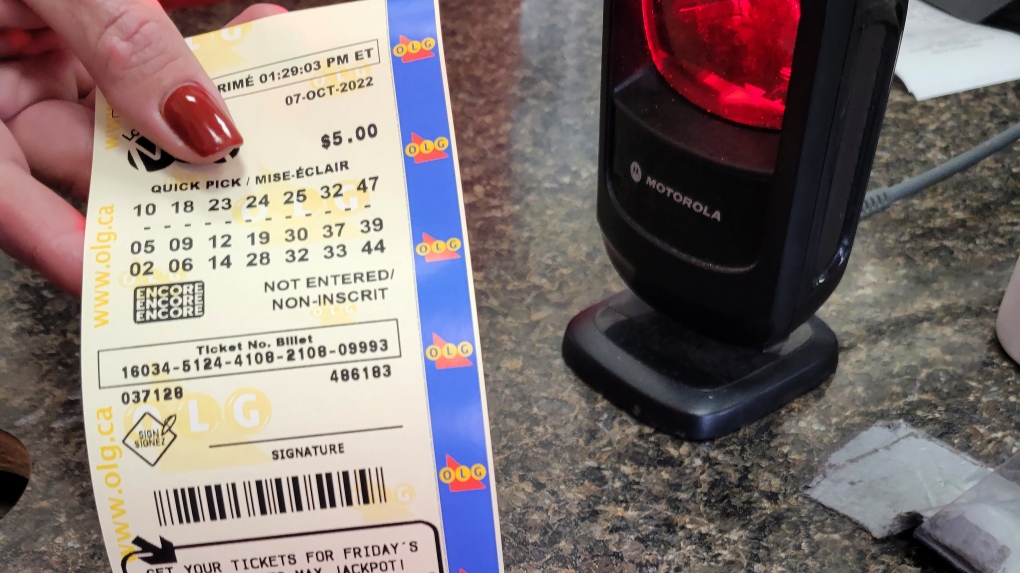 A clerk hands a customer their Lotto Max ticket at a gas station north of Newcastle, Ontario on Thursday Oct. 6, 2022. THE CANADIAN PRESS/Doug Ives

For the second time in less than two months, a $60-million Lotto Max jackpot has been sold in the same Ontario city.

The Ontario Lottery and Gaming Corporation (OLG) announced on Wednesday the single winning ticket was sold in Richmond Hill.

Less than two months ago, on Nov. 30, the winning ticket for another $60-million Lotto Max jackpot was also purchased in Richmond Hill. The winner of that jackpot has not yet claimed their prize.

Tony Bitonti, spokesperson for the OLG, said it’s rare for the same community to win twice in a short timeframe.

“I live in a world of odds and chance and anything can happen, and sometimes it does,” Bitonti told CTV News Toronto Wednesday.

He did note that, because of its population, Ontario sells the most Lotto Max tickets in the country.

“So the odds of winners in Ontario are much better than some other provinces,” Bitonti said.

On Nov. 30, someone in Richmond Hill also purchased a $60-million ticket. The winner of that jackpot has not yet claimed their prize.

HOW TO FIND OUT IF YOU WON THE LOTTO MAX JACKPOT

If you hold a winning ticket, the OLG is booking in-person claim appointments at the OLG Prize Centre in Toronto.

“We strongly encourage those with claims between $1,000 and $49,999.90 to submit them online or mail them in. Submitting claims online is fast and secure,” the corporation says.

Lotto Max is $5 per play and draws take place on Tuesdays and Fridays.