1 in 3 Ontarians approve of the job Doug Ford is doing months away from election, poll finds 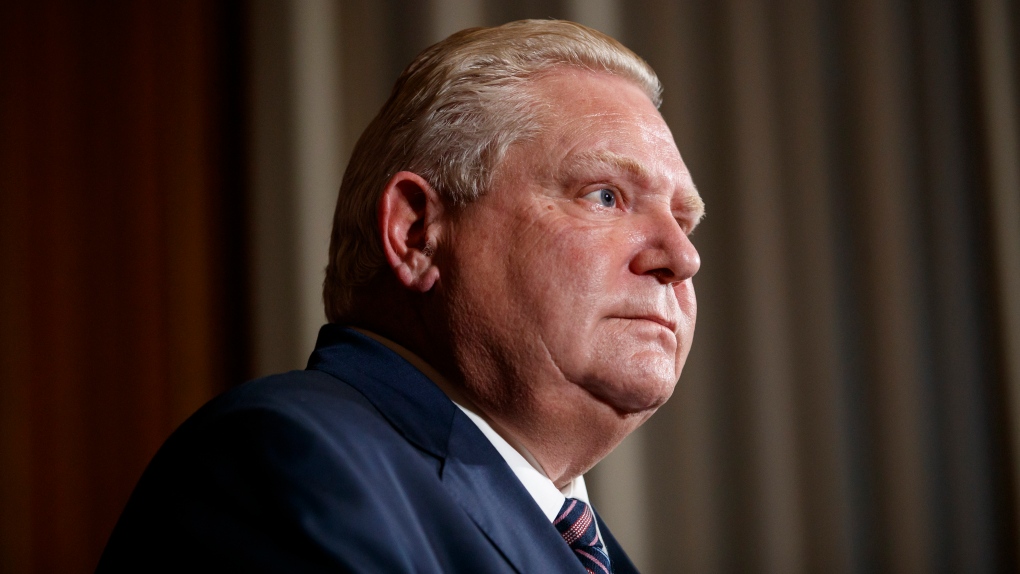 Premier Doug Ford’s approval rating has dropped to the lowest level of his entire tenure with a provincial election now less than five months away, a new poll suggests.

The Angus Reid Institute poll of 1,081 adults in Ontario found that only 30 per cent approve of the job Ford is doing as premier, compared to 67 per cent who disapprove.

The premier’s approval rating is down about six points from October when 36 per cent of respondents supported the job he was doing.

Ford tended to poll better among older Ontarians aged 55 and up, where he had a 52 per cent approval rating.

Even among individuals who voted for the federal Conservative party in the most recent election Ford’s popularity was only lukewarm with a narrow majority of those people approving of the job he is doing (51 per cent).

Ford’s handling of the pandemic was also similarly polarizing with nearly seven out of 10 respondents believing that he has done either a bad job (31 per cent) or a very bad job (37 per cent).

About six per cent of respondents said that Ford was doing a very good job handling COVID-19 and 23 per cent said he was doing a good job.

“Ontario delayed the reopening of schools by two weeks after the winter break, continuing a pattern of closures that are wearing on the province’s parents. Children in Ontario have spent more time in online school throughout the pandemic than other students across the country, as parents express a desire for a more balanced approach leaning towards keeping schools open for in-class learning. Meanwhile, business owners and workers are upset with renewed restrictions on indoor dining, gyms, theatres and large events, and health-care workers are dealing with surging hospitalizations once again,” Angus Reid said in a release accompanying the poll results.

“All of this likely influences the negative assessment Ontarians offer Ford on his handling of the pandemic.”

The Angus Reid poll found that nearly two-thirds of respondents (65 per cent) think that Ford’s government has done a good job with the vaccine rollout but 73 per cent of those polled said that the premier has done either a poor or very poor job of making rapid antigen tests available.

The Ontario results, which come in the wake of the abrupt resignation of Minister of Long-Term Care Rod Phillips, are part of a wider Angus Reid poll quizzing residents coast to coast on the performance of their premier’s and their handling of the COVID-19 pandemic.

Ford had the third lowest approval rating in the poll but was ahead of Alberta’s Jason Kenney (26 per cent) and Manitoba’s Heather Stefanson (21 per cent).

Speaking with CP24 earlier on Monday, Ford said he “doesn’t look at the polls” but believes that a return to Liberal rule would be “an absolute disaster for this province.”

“We spent the last close to four years fixing all the problems that we faced when we went into office,” he said. “It is very simple who do you trust with your money? Do you trust the PC government that has shown that we got ourselves out of the hole we inherit or do you want to go backwards again?”

The Angus Reid survey was conducted using an online panel between Jan. 7 and 12. It is considered accurate to within two percentage points, 19 times out of 20.

Cheese not on the table in Canada-U.K. trade talks as Britain seeks market access

Britain wants greater access to Canadian markets for more than 700 varieties of cheese including Stilton, Cheshire, and Wensleydale, a crumbly variety originating from Yorkshire. But Ottawa has made it clear it does not want to see more British cheddar, let alone artisan varieties such as stinking bishop, renegade monk and Hereford hop, on Canadian fridge shelves.