You won't be able to buy tokens, passes at collector booths starting Sunday

TORONTO -- The Toronto Transit Commission will no longer be selling tokens, tickets or passes at subway stations starting Sunday.

The fare methods are being phased out as the transit system modernizes and continues to encourage people to use Presto cards to pay for travel.

Some third party retailers, and corner stores will still sell tickets and tokens, but TTC spokesperson Heather Brown says making the switch will be beneficial to riders.

“People are resistant to change, but what I would tell our customers is that Presto is a simple way to pay their fare,” Brown told CTV News Toronto Saturday.

She said that 83 per cent of riders have already switched over to Presto cards. Most of the people CTV News Toronto spoke to Saturday said they were part of that majority.

Friendly reminder that today is the last day you will be able to purchase tickets, tokens and day passes at collector booths throughout the system. For more info visit https://t.co/uWAYABnlvb @TTChelps #TTC #Torontotransit pic.twitter.com/MfhFd6hfn5

Transit user Mehari Teclemariam said he made the switch a few years ago.

“At first it was hard to get used to, to the card. But once you get used to it, it’s not a big deal,” he said.

A similar sentiment was echoed by Toronto resident Johnathan Pruitt, who hasn’t used a token in over a year.

“I think they’re probably just trying to engage in some cost savings and consolidate the way people pay for transportation,” he told CTV News Toronto. “I think it makes sense from an efficiency standpoint.”

Despite the majority leaning toward Presto, a few riders were still dropping their tokens Saturday into the fare boxes before boarding a subway.

Toronto resident Aaron DeFaria said he bought his in-laws a couple of tokens on Saturday. 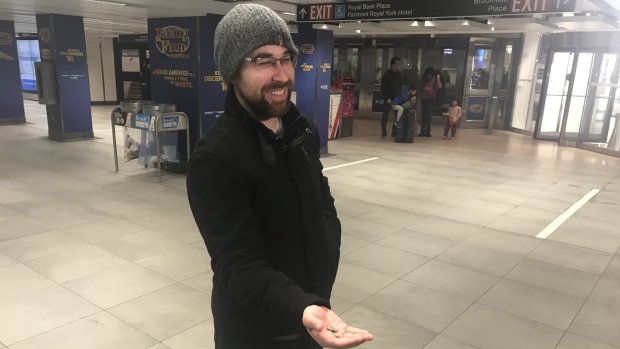 He said he and his wife have already switched to Presto and don’t really miss the tokens.

“I think that tokens are great for the convenience factor,” he said at a Toronto subway station. “But as long as there’s a payment method to get on or off transit conveniently then that’s fine.”

Visitors to the city or infrequent riders without Presto cards will still be able to purchase single fares using the machines located inside all subway stations.

Brown says there are still tokens out there.

“We have quite a few and that’s one of the reasons why we have not set a stop accepting date. We want people to use them,” she said.

The TTC previously discontinued the sale of printed monthly passes at the beginning of 2019.