Police are still searching for the driver of a vehicle that sped through a stop sign in Niagara Region last week and hit a bike being ridden by an 11-year-old child, knocking him to the ground before leaving the scene.

The incident occurred around 2 p.m. on June 11, near Confederation Avenue and Richmond Street in the City of Thorold.

In what appears to be dashboard footage from another vehicle, a car speeds through a stop sign at a residential four-way intersection as a child is biking through the crosswalk.

The vehicle appears to clip the bike, hitting its front wheel while it drives by. The child falls off the bike and tumbles towards the side of the road. 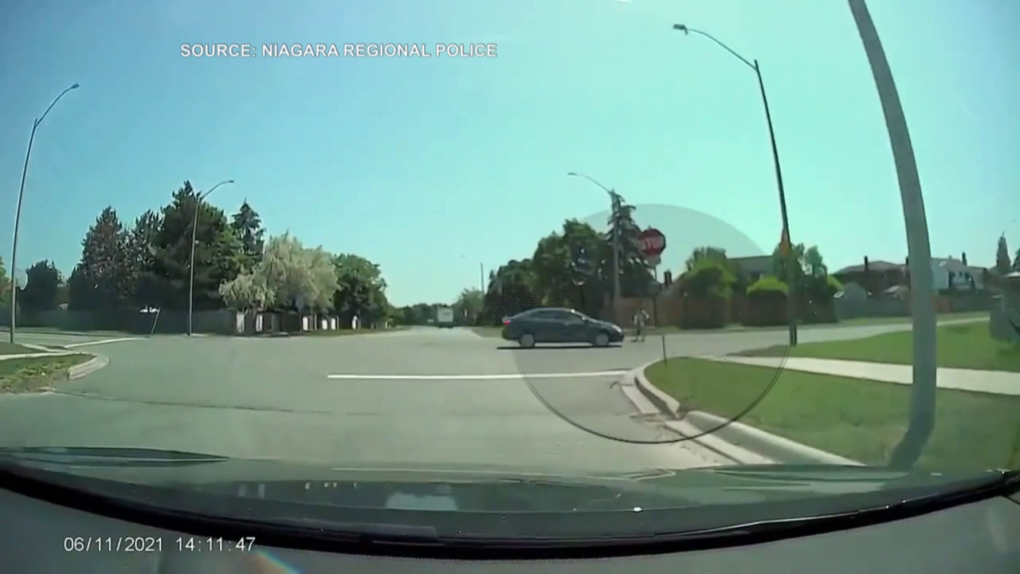 The Grade 6 student, identified by his mother as Nik Couture, sustained scratches and bruises to his arms and legs, but was otherwise physically unharmed. He told CTV News Toronto that a university student and some neighbours came to help him and gave him a cell phone to call his mom.

“I was telling her, I ran over to her and I hugged her and I was bawling my eyes out. I was crying and I got hit by a car and the guy didn’t stop.”

On June 11 at 2:11pm, in the area of Confederation Ave and Richmond St. in Thorold, an 11 year old male was riding his bike when a vehicle proceeded through the stop sign knocking the young male off of his bike. Anyone with information is asked to contact us or @niagaratips pic.twitter.com/7plgEOZZ5i

The boy’s mother was around the corner driving home from a friend’s house when she received the call. She said that when she arrived, her son’s bike was still in the middle of the road.

“You hit a child or anybody in that matter you stop. You make sure they are okay. You bring them home. You call the police. You be a human. You don’t just drive off,” Rieanna Couture said, adding that when she saw video of the incident, she “broke down and started crying.”

Nik Couture said that while he understands if the car accidentally hit his bike, the driver should have stopped to help him.

“I get it if you accidentally hit my bike and help me up and try to call my mom and maybe walk me home, but you left me on the ground,” he said. 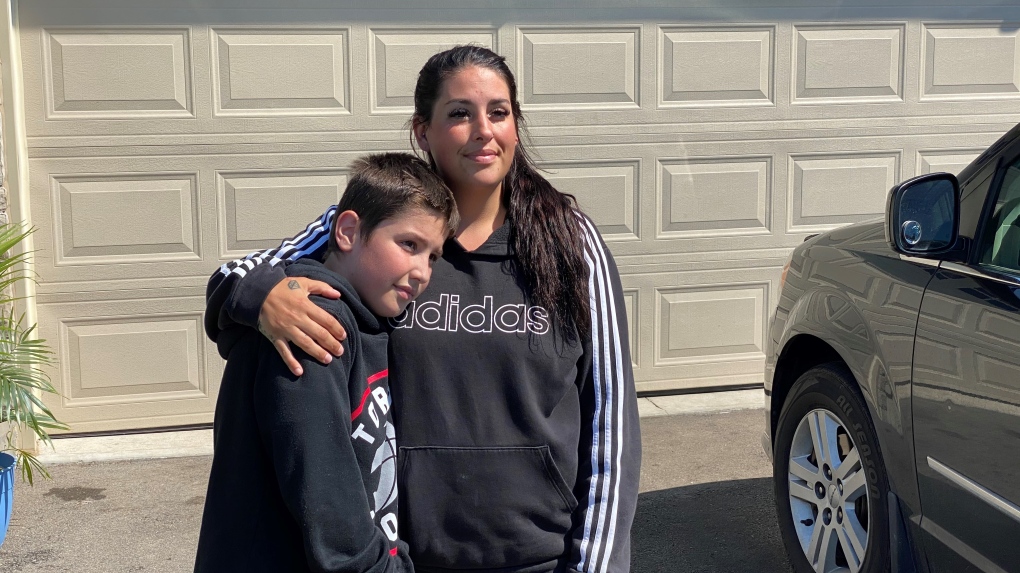 Nik Couture, 11, and his mother Rieanna Couture are seen in this photograph taken on June 18, 2021. (John Musselman/CTV News Toronto)

The boy said the steering on his bike is damaged, but he is just happy he was able to go home that day and hug his mom.

Russians gone from Ukrainian village, but fear and hardship remain

It has been more than 11 weeks since Ukrainian forces wrested back the village of Kalynivske, in Kherson province, from Russian occupation. But liberation has not diminished the hardship for residents, both those returning home and the ones who never left.