Woman seriously injured after being struck by car in downtown Toronto 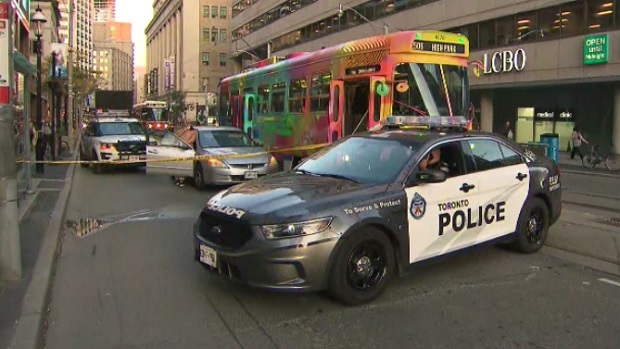 Emergency crews attend the scene after a woman was struck by a vehicle near Bay and College streets on Oct. 8, 2019.

A woman has sustained serious injuries after being struck by a car in downtown Toronto Tuesday afternoon.

The incident occurred near Bay and College streets.

Toronto paramedics say a woman was transported to a trauma centre for treatment. Police say the driver of the vehicle involved remained at the scene.

Roads in the area were closed while police investigated the incident.