TORONTO -- A woman in her 70s pulled from a house fire in Mississauga Saturday afternoon has died from her injuries, Peel police say.

The fire broke out at a two-storey townhouse on The Credit Woodlands, north of Dundas Street West, shortly after 4:30 p.m.

Mississauga Fire Deputy Chief Rob Grimwood said six people were in the home at the time, and five of them were able to get out. 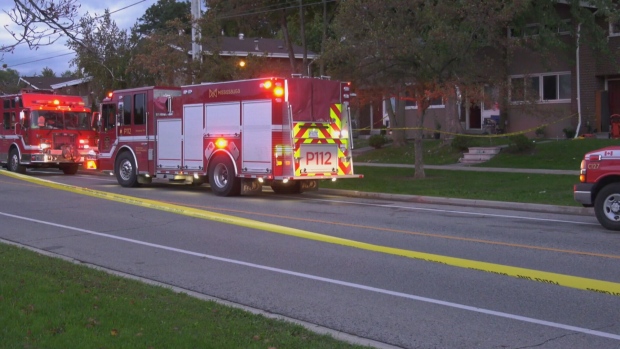 The woman suffered life-threatening injuries and was transported to the hospital without vital signs, Peel paramedics said.

Police confirmed Saturday evening that the victim died in hospital.

Firefighters responded a structure fire on The Credit Woodlands. Six people removed from home. One patient required CPR and transport to hospital. pic.twitter.com/zQOgI8SPfM