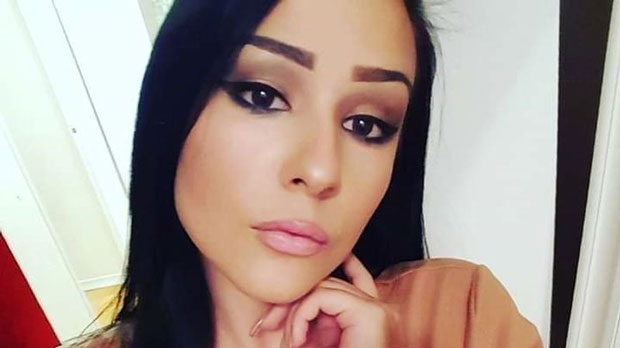 Veronika Mrhova, 24, is seen in this undated photograph. (Police handout)

A 24-year-old woman critically injured in an early morning shooting in Etobicoke on Sunday has succumbed to her injuries.

According to Toronto police, officers were called to the area of Lake Shore Boulevard West and Park Lawn Road around 6:50 a.m. for reports of gunfire.

When they arrived on scene, officers found a woman without vital signs in a white Mercedes-Benz. She was suffering from apparent gunshot wounds.

The victim, who has been identified by investigators as Toronto resident Veronika Mrhova, was revived by paramedics and transported to the hospital for treatment.

Police said that she was pronounced dead at the hospital on Friday.

Authorities said they received reports that two people were seen fleeing the scene of the shooting in a dark-coloured SUV heading east on Lake Shore Boulevard West.

A police source told CTV News Toronto on Sunday that more than 20 shell casings were located at the scene.

No further suspect descriptions have been provided.

The homicide unit has taken over the investigation and is asking anyone with information to contact police at 416-808-7400 or to reach out to Crime Stoppers anonymously.