Woman killed after being struck by vehicle near Humber College 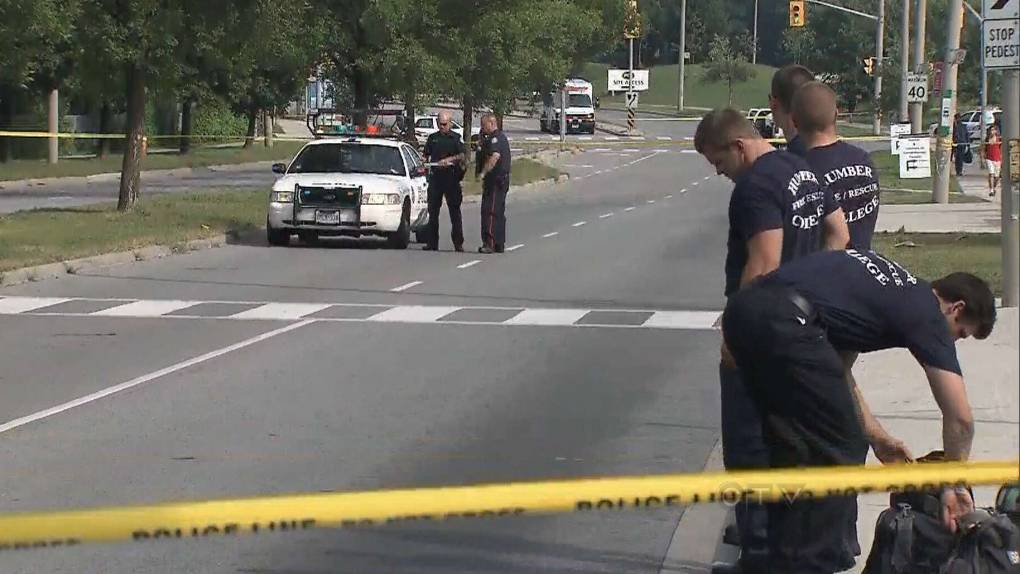 A woman has died from her injuries after being struck by a vehicle in front of Humber College Tuesday afternoon, Toronto police confirmed to CP24.

The woman was struck by a truck at a crosswalk on Humber College Boulevard around 3:30 p.m., police said.

Paramedics said the woman was found without vital signs at the scene but she was rushed to hospital in hopes she could be revived.

Initial reports suggest she had just exited a bus when she was struck.

The driver of the truck remained at the scene and is speaking with officers at the scene.