FILE - In this Tuesday, Dec. 15, 2020, file photo, a droplet falls from a syringe after a health care worker was injected with the Pfizer-BioNTech COVID-19 vaccine at a hospital in Providence, R.I. (AP Photo/David Goldman, File)

TORONTO -- A new website meant to help customers find Toronto businesses with vaccinated staff or those that have COVID-19 vaccination policies has been forced to shut down after people started leaving fake google reviews and sending hateful messages.

According to the website, SafeTO-Do was launched with the hopes of helping customers make an informed decision over what businesses they feel safe visiting. It listed businesses that announced their staff’s vaccination status or have vaccine policies for higher-risk settings.

Thirty-eight Toronto businesses were listed on the website as of July 20.

However, the organizer of the website announced later that night they would be shutting down.

“Whenever I add a new business, there is a group of people (a small minority), who attack those businesses by leaving fake google reviews, making false bookings at their restaurants, and sending hateful messages to them,” the organizer said on Twitter.

“I cannot, therefore, in good conscience continue to add businesses to the website, because I cannot be certain that they will not be attacked by the same people.”

I have decided to shut down the website. And here are my reasons for doing so.

The organizer said that when they started the website less than a week ago, it was intended to be “a resource for those who had lower risk tolerances and/or medical conditions that made COVID a high risk for them.”

Not all of the reaction has been negative. Safe-to-do said they have received a lot of supportive messages from businesses and that one establishment received more than 100,000 views and only had to deal with about 20 negative posts.

“However, I have also received a significant number of personal hate messages, including one that I needed to report to the police today. The messages have become increasingly personal, directed, and hateful,” they said.

“I cannot, in good conscience, expose any more businesses to that.” 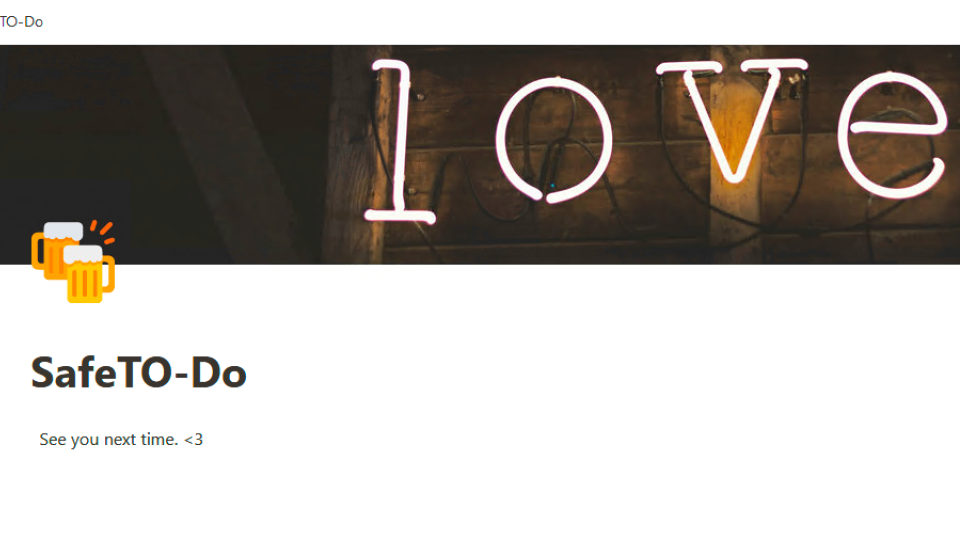 Many businesses have reported receiving negative feedback after creating their own COVID-19 vaccination policies in absence of a provincial standard.

Earlier this week, the owner of Restaurant Chantecler in the city’s west-end told CTV News Toronto that several fake reservations have been made and one-star reviews have been left after they asked guests who sit at the bar to show proof of vaccination.

“Creating a policy for six bar seats to keep our bartenders safe and keep ourselves safe from an outbreak that would surely close us down for two weeks...these are very reasonable and agreeable steps,” Jacob Wharton-Shukster said at the time.

Ontario Premier Doug Ford has made it clear that he does not support a “COVID-19 passport” or any policies that require people to show proof of vaccination.

However, on Wednesday, the province’s COVID-19 Science Advisory Table submitted a report saying that “vaccine certificates” could be useful to help in the faster reopening of higher-risk settings such as bars, gyms, indoor dining, and sporting events.