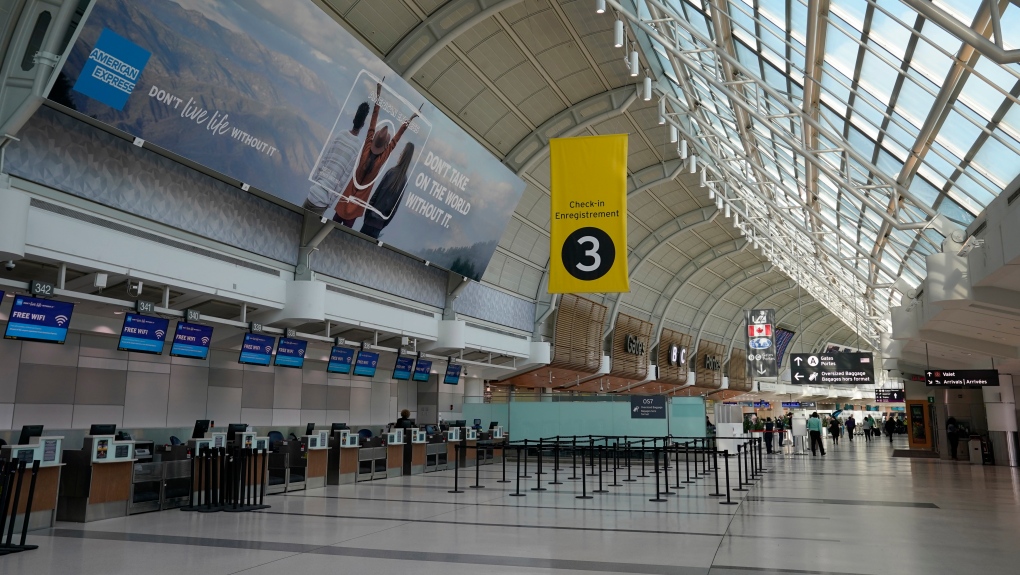 An almost-empty Terminal 3 is shown at Pearson International Airport in Toronto, Friday, March 13, 2020. Provincial governments have advised against international travel and Ontario announced plans to close its schools for two weeks because of COVID-19.THE CANADIAN PRESS/Frank Gunn

TORONTO -- Officials are warning of a scam in which people are being offered fake employment at Canada’s largest airport.

On Friday, officials at Toronto Pearson International Airport said they have been made aware of an employment scam offering fraudulent positions such as those of an electrical engineer and security officer.

In some cases, the scammers demanded payment in exchange for the position.

The hiring company used in the scam has been referred to as Toronto Pearson Airport & Hotels or Toronto Pearson International Airport Inc. The airport says that these names do not match known legitimate companies.

We’ve become aware of an employment scam involving fake job offers at Pearson airport. Job seekers should be aware of the scam and take steps to protect themselves: https://t.co/XtZSMftho7

“The GTAA or companies operating at Toronto Pearson will never ask for payment in exchange for employment,” airport authorities said in a news release.

“If you’re asked for money as part of a job offer, do not make a payment and report the scam to either Peel Regional Police or the Canadian Anti-Fraud Centre.”

To spot a scam, officials say that job seekers should look for spelling errors in the employment offer.