TORONTO -- Police have released security camera video of a suspect appearing to pour out a gas can onto the side of a Vaughan beauty salon earlier this month, before the building is seen bursting into flames.

On Jan. 3, emergency crews responded to a business located in the area of Bathurst Street and Rutherford Road for reports of a fire.

Upon arrival at the scene, firefighters were able to put out the blaze. No injuries were reported and the extent of the damage is not known. 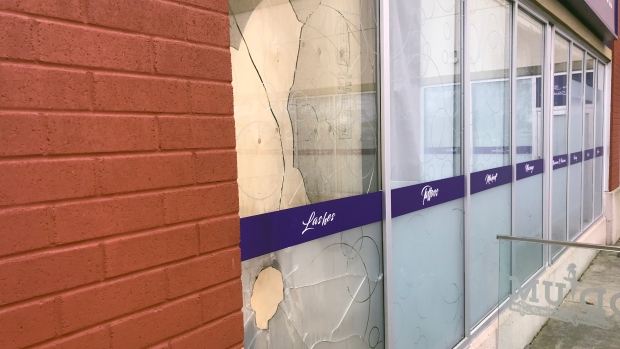 The Office of the Ontario Fire Marshall was then notified and the fire was later determined to have been intentionally set, police said.

As investigators search for those responsible, they released surveillance video of the incident on Tuesday in the hopes that anyone with any information pertaining to the arson investigation will come forward. 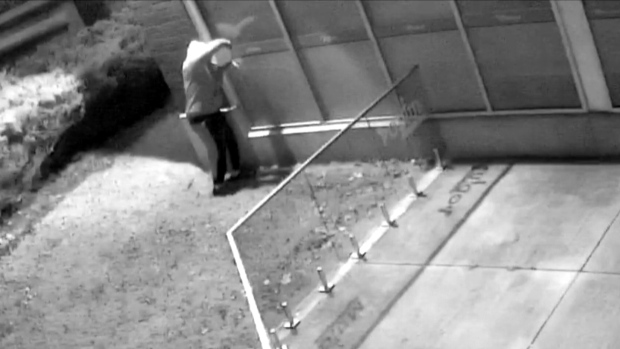 The video shows a person walking at the side of the building while holding what appears to be a gas can before the person is seen pouring out the container onto the salon. The person is then seen appearing to ignite the liquid, causing a blaze.

Police have described the suspect seen in the video as “wearing dark clothing and carrying a gas can.” They said the suspect "may have burned their hoodie and their eyebrows."

CAUGHT ON CAMERA - Can you help ID this suspect who torched a beauty salon on Jan 3rd in the area of Bathurst/Rutherford? Suspect may have burned their hoodie and their eyebrows. Fled in a red car with one headlight out. 866-876-5423 x7441 with any tips. https://t.co/Oba6IPuPOD pic.twitter.com/p97qQr7zSq

As well, a suspect vehicle, which was being driven by an undescribed second suspect, has been described by officers as a red mid-sized vehicle with one headlight burnt out.