TORONTO - A surveillance camera fixed in the stairwell of an apartment building captured the moment suspects appear to have opened fire on a group of teenagers, leaving five people with injuries.

The shooting happened just after 7:30 p.m. on Wednesday inside a building in the area of Clearview Heights Road near Trethewey Drive.

The video obtained by CTV News Toronto one day after appears to show three suspects, all wearing black, in a stairwell of an apartment building. One of the suspects then opens a door before two of the them appear to be seen opening fire. The video does not show the victims.

The video then shows the suspects flee the scene.

CTV News Toronto has viewed the video in its entirety, but has chosen to publish only a portion of it due to its sensitive nature. 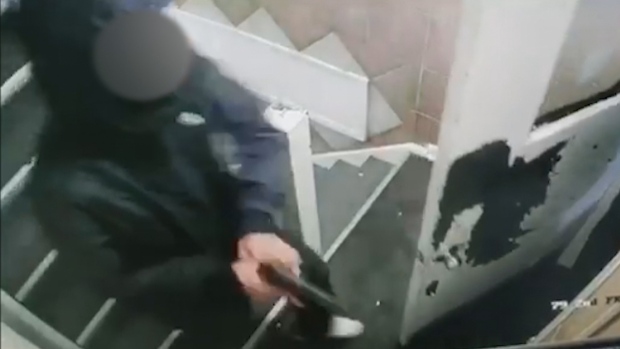 "They came in, and within a short period of time of coming into the building, they opened that door and fired directly at those people that were standing in the hallway," Saunders said.

During the initial response, police said they found two victims, and then found two more shortly after. A fifth victim showed up in hospital on his own. Three of the victims were taken to a trauma centre via an emergency run. 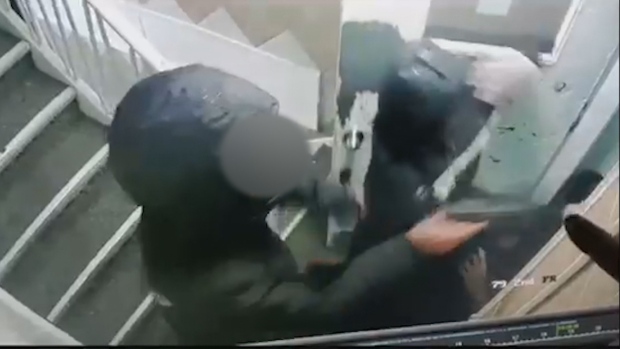 Saunders said two of the victims are females, aged 16 and 17, and the three others are males, between the ages of 16 and 18.

"They're very young people that are shot," Saunders said. "There's no need for this to happen."

On Thursday morning, police said the five victims, who remain in hospital, are expected to survive.

Police said that the group of teenagers was gathered in the hallway of the apartment building before the shooting took place.

The suspects went directly to the floor that the teenagers were on and began shooting at the group, according to police.

Saunders described the three suspects as males in their late teens to early 20s and said they were last seen in a black sedan heading eastbound on Clearview Heights. Police said they were all wearing dark-coloured clothing with hoodies. 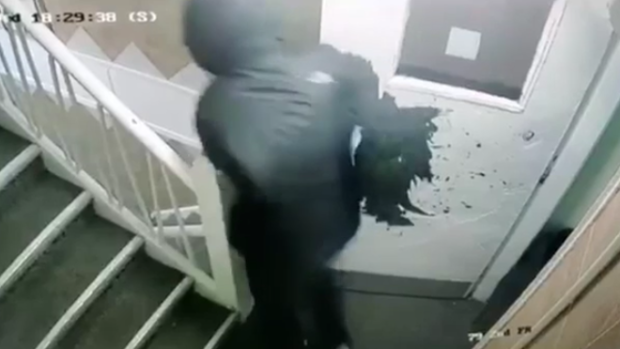 The chief called the shooting a very "solvable case" if everyone works together.

"This was definitely targeted based off the evidence we have," he said.

Saunders said that once police speak to the victims, they will be able to gather more information. 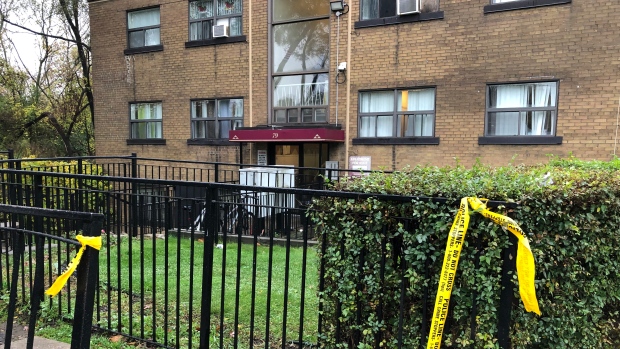 No weapons have been recovered yet, police said.

Police are asking anyone with further information to contact investigators or Crime Stoppers.