TORONTO -- Three people have been arrested in connection with what police are calling a "million-dollar heist" from a business near Toronto Pearson International Airport last spring.

The robbery, most of which was caught on camera, took place at an establishment that is used for refilling privately owned ATMs near Dixon Road and Carlingview Drive.

Police say that two suspects confronted an employee outside the business just before 9 a.m. on April 1 and forced the employee at gunpoint to take them past a locked door.

Surveillance footage released on Tuesday shows one of the masked suspects holding a gun against the employee’s back as they enter the business. They then go into an interior room where another employee is seated at a desk and drag that employee out by their hand, eventually forcing them to the ground in another room.

The video then shows one of the suspects hitting that employee on the back of the head with the butt of his handgun while the other suspect stuffs cash into a large garbage bag and the second employee lies down on the floor. 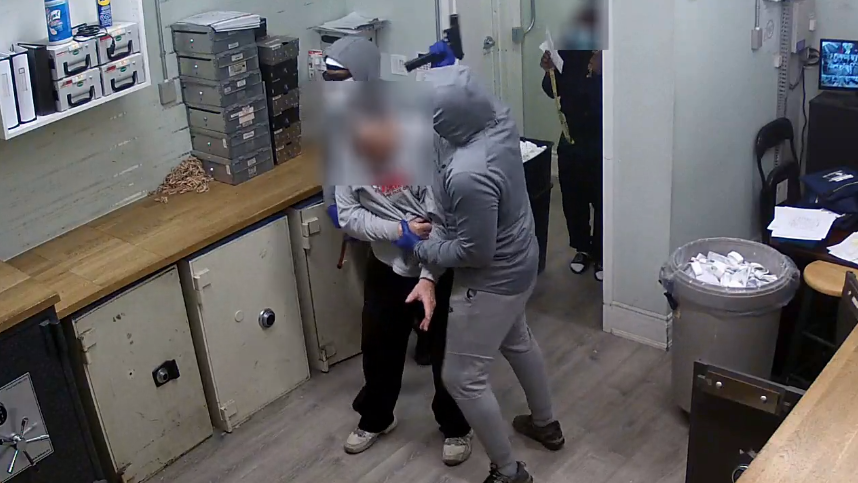 Police say that the suspects eventually fled the business with more than a million dollars in cash and got into a waiting getaway vehicle, which left the scene “in tandem” with another vehicle.

“It is quite clear and evident that these individuals have a huge and high propensity for violence,” Supt. Michael Barsky said during a news conference on Tuesday morning as he announced the arrests in the case.

Barsky said that about $160,000 of the stolen cash was recovered after police responded to a botched home invasion in the northwest corner of the city in May.

He said that the address where that attempted home invasion took place was associated with one of the suspects in the robbery, who is not in custody.

Following that discovery months went by without any arrests in the case, which investigators had dubbed “Project Heavy Bag” due to the overstuffed garbage bag the suspects used to transport the stolen cash.

Then on Sept. 9 police were able to take one of the suspects into custody following a traffic stop in Etobicoke. He was found to be in possession of a fully loaded handgun at the time. 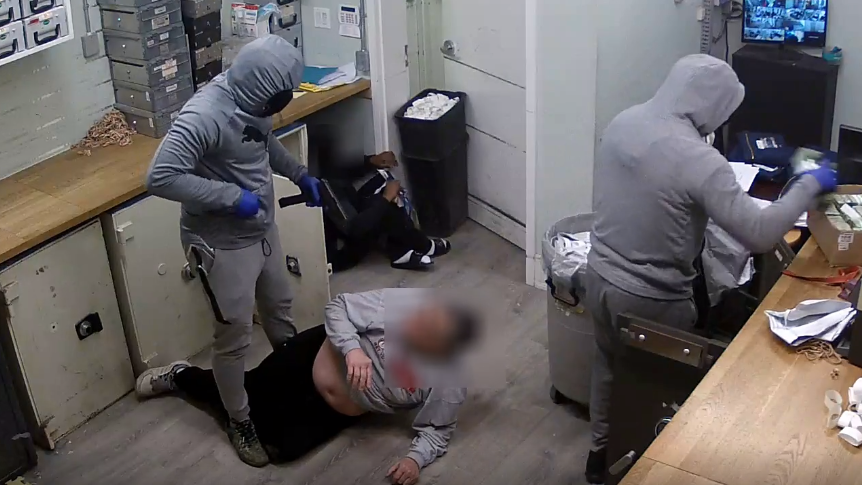 Subsequent to that police executed a total of four search warrants at addresses across Toronto and York Region over the following two days, seizing a large cache of contraband that included seven additional handguns, body armor, high capacity firearm magazines, cocaine and cash.

Two more individuals accused of serving as getaway drivers in the original robbery were arrested during the execution of those search warrants.

Meanwhile, police have issued an arrest warrant for a fourth suspect who they say should be considered “armed and dangerous.”

Emmanuel Rawson, 22, of Toronto, is wanted on four charges, including robbery with a firearm.

“It is alleged that he is involved in the actual robbery,” Barsky said. “His whereabouts are unknown at this point and that's why we're seeking public's assistance in locating Mr. Rawson. I strongly urge him that he seeks counsel and turn himself into any police station.”