Police are focusing in on a large utility hole at the scene of a single-vehicle crash in Barrie, Ont. that claimed the lives of six young adults over the weekend.

On Wednesday, several investigators could be seen taking pictures near the construction site at McKay Road and Veteran’s Drive.

Some officers were observed rappelling into the hole and returned to the surface with what appears to be a black evidence bag.

Police have stayed tight-lipped on details related to the crash, only saying that their investigation will “take time” to complete.

The group was reported missing on Saturday before police were led to the crash scene at 2 a.m. on Sunday. 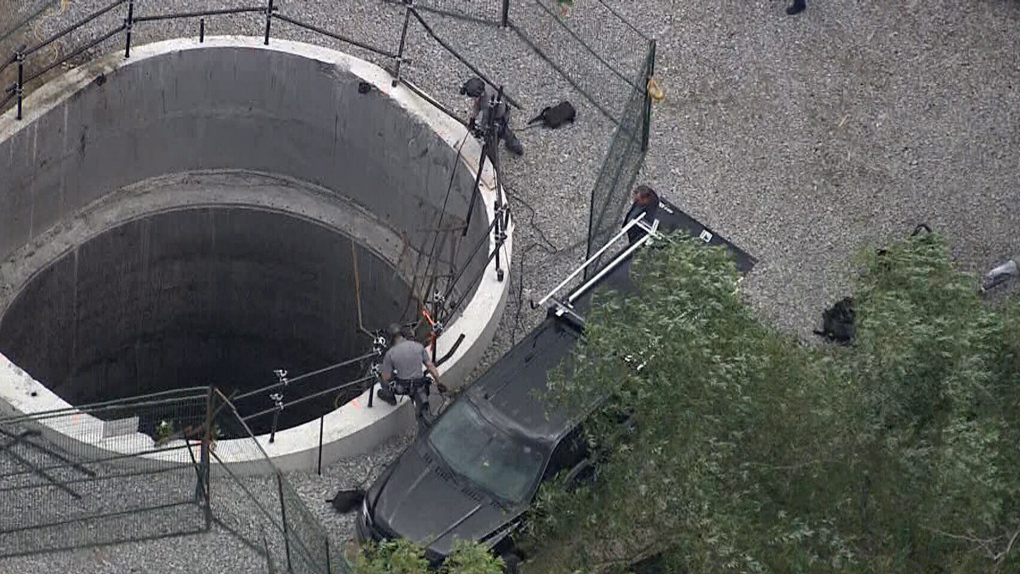 Investigators attend the scene of a crash that killed six people in Barrie, Ont. last weekend.

Family and friends of the victims have been observed visiting the perimeter of the scene in recent days, laying flowers and writing messages in their memory at a growing makeshift memorial.

On Wednesday, the mother of River Wells visited the crash site to find out what happened to her son.

"It just doesn't make sense. Why they're down here in the first place," an emotional Natalie Hawes told CTV News Barrie. "I need answers. I just want to hold on one more time and I can't even do that."

Hawes remembered River as an amazing man, friend, and brother who loved being around people and never let anybody down.

She added that River loved football and going to the Boots and Hearts Music Festival. Hawes said her son got his first car three days before the crash.

"We miss him deeply. He will always be missed," she said. "I don't know what to do or say anymore. (I'm) still in shock and hasn't really hit yet."

Hawes expressed her gratitude for those who continue to show support to her family and the other families.

The Barrie community has been left reeling in the wake of the tragedy. A vigil is planned for Saturday night to honour all six victims.

Meanwhile, a GoFundMe page aimed at supporting the families of the victims has been set up and already surpassed its goal of $60,000.

“Our community has been shaken to the core, our flags are at half mast and six families are devastated at the loss of their loved ones. Let's come together as a community and show our support,” the group organizing the fundraiser said on the page. 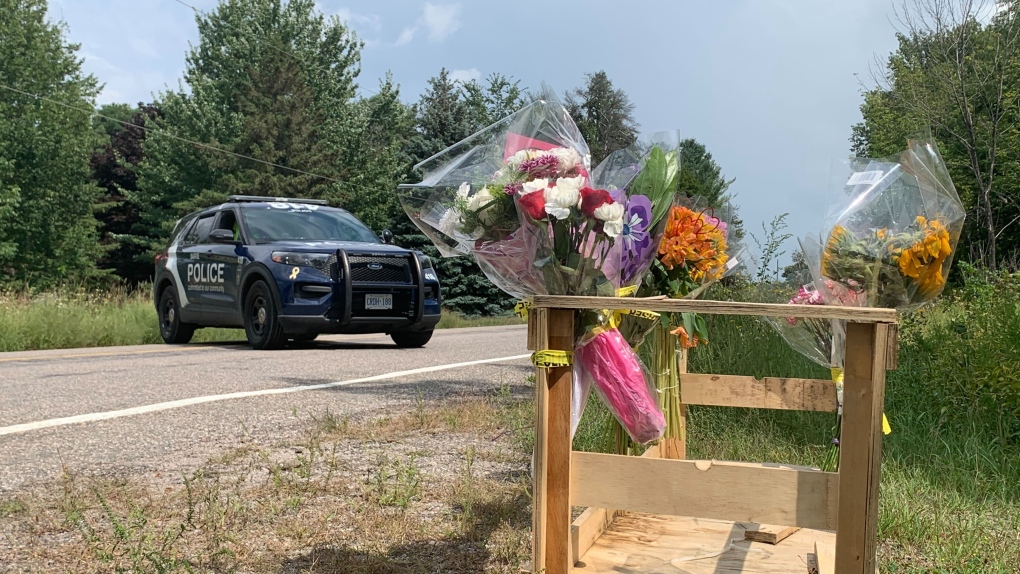 A memorial is shown near the scene of a fatal crash in Barrie, Ont., Monday, Aug.29, 2022. THE CANADIAN PRESS/Jordan Omstead