TORONTO -- An uninvited relative from Manitoba is the lone suspect in the shooting deaths of a father, his two sons and his daughter in a home east of Toronto, CTV News has learned.

Officers were called to a house in Oshawa, Ont. on Parklane Avenue, near Harmony Road North and King Street East, at around 1:20 a.m. after receiving "numerous calls" for a reported shooting.

The body of a fifth person, who police allege was the shooter, was located inside the home and investigators say he sustained a self-inflicted gunshot wound.

The children's mother was also shot and was rushed to hospital with non-life threatening injuries and is expected to make a full recovery, police said. 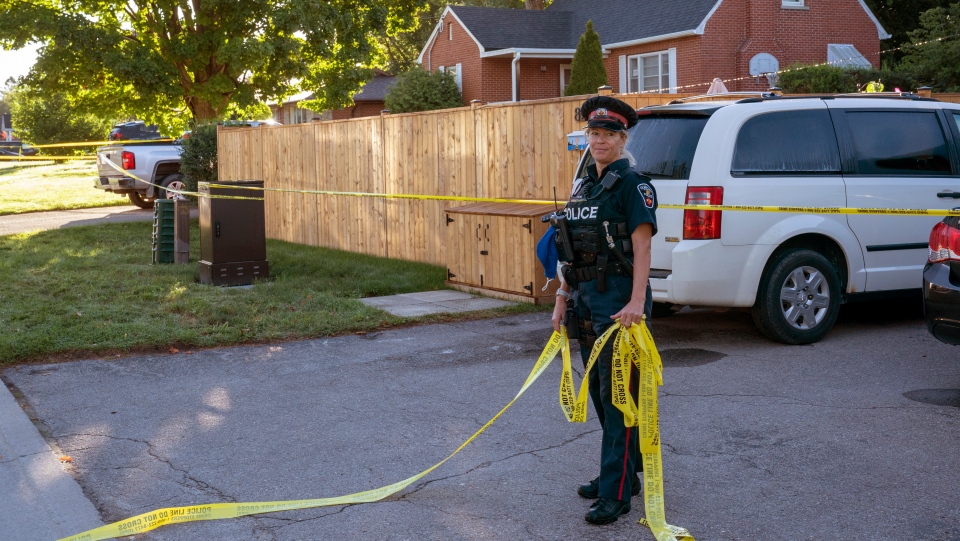 CTV News has also learned that the husband and wife were both school teachers and their only surviving child was away at school at the time of the shooting.

Durham police have identified the shooter as 48-year-old Winnipeg resident Mitchell Lapa. Authorities said Lapa was uninvited to the home.

His vehicle, with Manitoba licence plates, was located at the scene and has been seized by police.

The ages of the victims have not been released but police confirmed earlier on Friday that two of the children are under the age of 18.

Police said it appears the weapon used in the attack was a long gun. 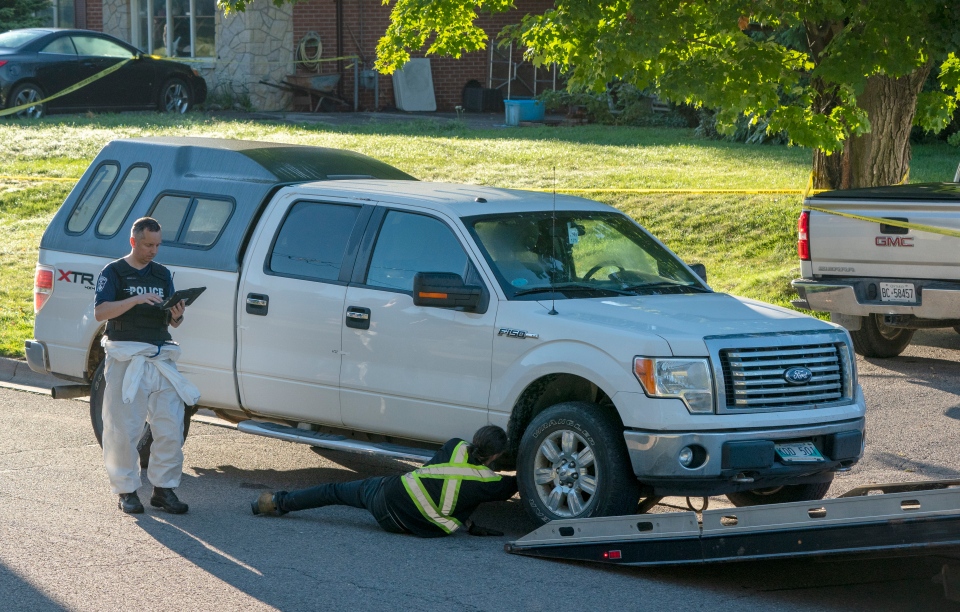 Security video in the neighbourhood is being reviewed to try to piece together the sequence of events, police said.

Neighbours told CP24 that a couple and their four children have lived for many years at the residence where the shooting took place.

"This family has lived here as long as I've lived here, 27 years, and they were very quiet," George Oudyk said on Friday morning.

One neighbour described the couple as "super kind people" who were "very involved in the community."

"They were very happy, outgoing, very family-oriented people," he said.

Oudyk called the neighbourhood where the gunfire erupted early this morning as "just the nicest place to live."

"This is a quiet neighbourhood. Everyone gets along. There is a park here at the end of the street and everybody walks their dogs, eats there," he added. "It's just really sad."

With files from CP24's Codi Wilson