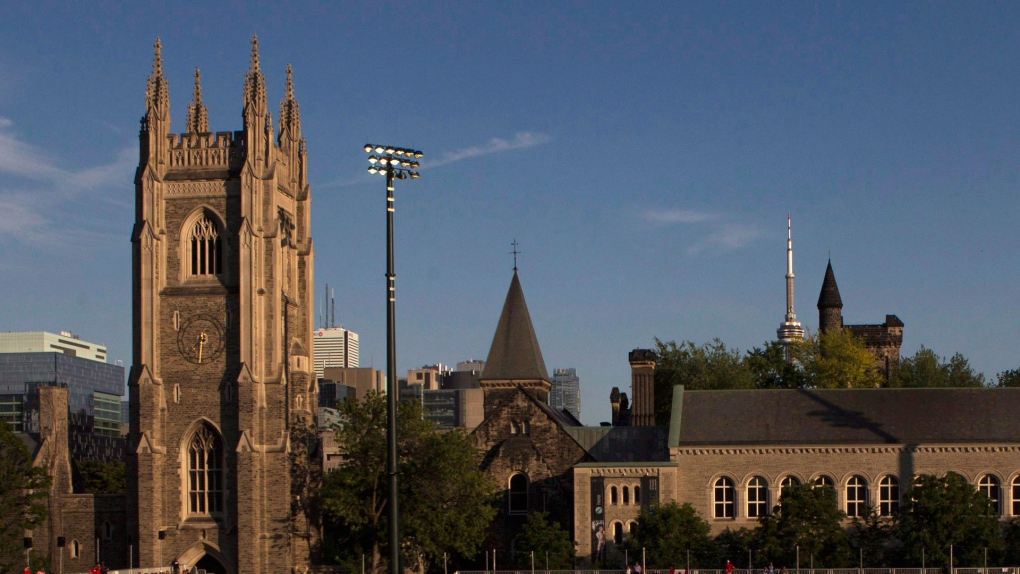 The University of Toronto campus is pictured on Wednesday, July 15, 2015. (The Canadian Press/Chris Young)

TORONTO -- The University of Toronto is partnering with the Centre for Addiction and Mental Health to provide mental health support for students after a damning report called for major changes.

The report, published last week by an independent task force at the university, responded to the mental health crisis at the school after a fourth confirmed suicide since 2018 took place in September on St. George campus.

The 13-member task force, which included students, spent months talking to other students, staff and faculty across the university’s three campuses and came up with 21 recommendations, all of which the university said it has accepted.

“The University of Toronto has a strong reputation for its culture of academic excellence,” the report stated. “This culture needs to be balanced with an awareness of how it may impact mental health in the university community.

Partnering with CAMH is one of the first steps the university said it’s taking in order to follow through with the recommendations to “harmonize” mental health services across all three campuses and foster a “culture of caring.”

“We have listened to our students through this process,” Cheryl Regehr, the university’s vice-president and provost, said in a news release.

“We know that there are areas where we need to do better and we’re taking action based on the task force’s recommendations.”

The task force’s report found that students want easier access to information about mental health resources and services across all campuses, such as a common phone or online service. The report found that current websites and online listings of services are perceived as confusing and difficult to navigate.

Students said they also want easier ways to communicate with health and wellness centres, including an updated booking system.

Catherine Zahn, president of CAMH, said the organization will use its expertise with mental health issues and youth to assist the university in following through with the recommendations.

Two experts from the agency will be on the university’s mental health services redesign team, which will, among other things, focus on an “integrated tri-campus” system that will build a single website, single online booking system and a single electronic records system.

“Mental health challenges commonly arise at a time of intense life transitions, and a focus on the health and wellbeing of young people is central to realizing future potential,” Zahn said in a statement.

“CAMH will contribute the expertise and experience of leading youth mental health clinicians and researchers to assist the University of Toronto in carrying out this serious and important work.”

The university also plans to create pathways between campus-based services and CAMH, as well as other hospitals and agencies in Toronto.

The university also promised to tackle concerns about how its culture impacts students’ wellbeing and “specific practices or policies that may be counter-productive.”

“I truly believe that with this partnership we can work on solutions that will benefit not only our own students but students at other institutions that are similarly struggling.”