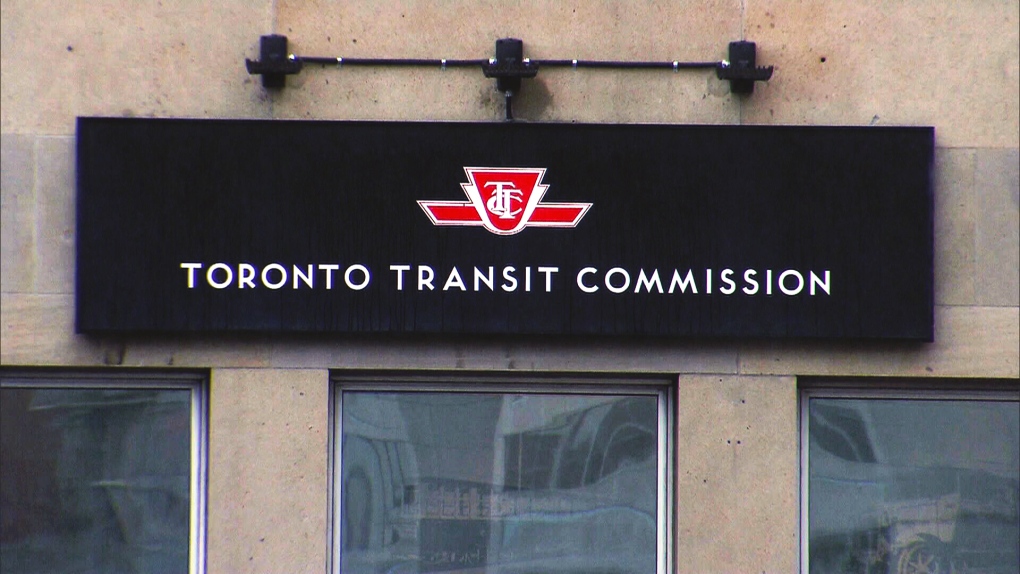 A TTC sign is seen at the agency's head office in the area of Yonge and Davisville in this undated photo.

The Toronto Transit Commission (TTC) has terminated 354 employees who failed to comply with the agency’s COVID-19 vaccine policy.

The TTC did not announce the terminations, but confirmed them in a statement to CP24.

“This represents approximately two per cent of TTC employees - and they've all been out of the workplace since Nov. 21,” TTC Spokesperson Stuart Green said in an email.

He said their absences were already factored into service changes that took effect in November.

The TTC’s vaccination policy was announced on Aug. 19 and originally required all employees to disclose their COVID-19 vaccination status by Sept. 20. However less than half of TTC employees did so by that date, in part because their union was urging them not to comply.

The union, ATU Local 113, backed down after the TTC filed an application with the Ontario Labour Relations Board on Sept. 28 to have the non-compliance deemed an illegal strike action. The union asked a judge to grant an injunction against the policy, but the application was denied.

The deadline was pushed back and TTC employees were given until Dec. 31 to comply with the vaccination policy.

“It is commonly accepted by experts that the best way out of the pandemic and the best way to keep employees safe in the workplace is to have everyone vaccinated,” Green said.

“Obviously our hope was that everyone would agree with every credible expert and voluntarily comply with the policy. It’s truly unfortunate a very small number of people did not.”

In a statement, the union called the firings "wrong and unjust" and said that the TTC should be able to ensure a safe workplace through alternatives such as regular testing.

ATU Local 113 President Marvin Alfred warned that the firings would lead to overcrowding and service cuts that could endanger passengers.

“Our members have been terminated due to a confrontational attitude from TTC management, lack of consultation with our union over the policy and management overreach that is hurting families during a difficult time,” Alfred said in the statement. “Moving forward, I hope to have a more collaborative working relationship with TTC management so we can co-develop policies that work for all.”

The TTC said that it is actively recruiting in order to fill the vacancies.

Last week, the City of Toronto announced that it had terminated 461 employees who failed to comply with its vaccination policy. The city said 98.6 per cent of its workforce had complied.

Hurricane Ian's most damaging winds began hitting Florida's southwest coast Wednesday, lashing the state with heavy rain and pushing a devastating storm surge after strengthening to the threshold of the most dangerous Category 5 status.

Robert Cormier, a Canadian actor whose credits include 'American Gods' and the long-running series 'Heartland' has died at age 33.

Dozens more British Columbians died from toxic substances in August, the province's latest overdose data shows, bringing the total number of deaths reported in the first eight months of the year close to a record.

A new global study now confirms the link between a temporary increase in the menstrual cycles of some individuals as a result of the COVID-19 vaccine.