A Toronto family is in shock after learning that one lost sheet of paper in a court proceeding could result in the case against a dump truck driver accused of fatally striking their loved one getting thrown out.

Shona Siddiqui says it’s astonishing that her family could go through three years of legal proceedings since her brother Asim Siddiqui was killed in 2019, only to have the case possibly sidelined by what sounds like an arcane rule.

“This was the most devastating moment of my life. He was my youngest sibling, my only brother, the spark of my family,” Siddqui said.

“And now if there’s a technicality that says you’re not responsible for killing someone on the street and not even accountable for it because we lost something, that’s it,” she said.

Shona Siddiqui’s husband, Ray Lacina, said he couldn’t believe that in 2022 all cases don’t have some kind of digital backup.

“Why is this not electronic at this point?” asked Shona Siddiqui’s husband, Ray Lacina.

Asim Siddiqui, 40, was run down in January 2019 by a dump truck on Lawrence Avenue West and Marlee Avenue. He was a consultant at a bank branch in North York. At the time, police officers said the vehicle failed to remain at the scene. 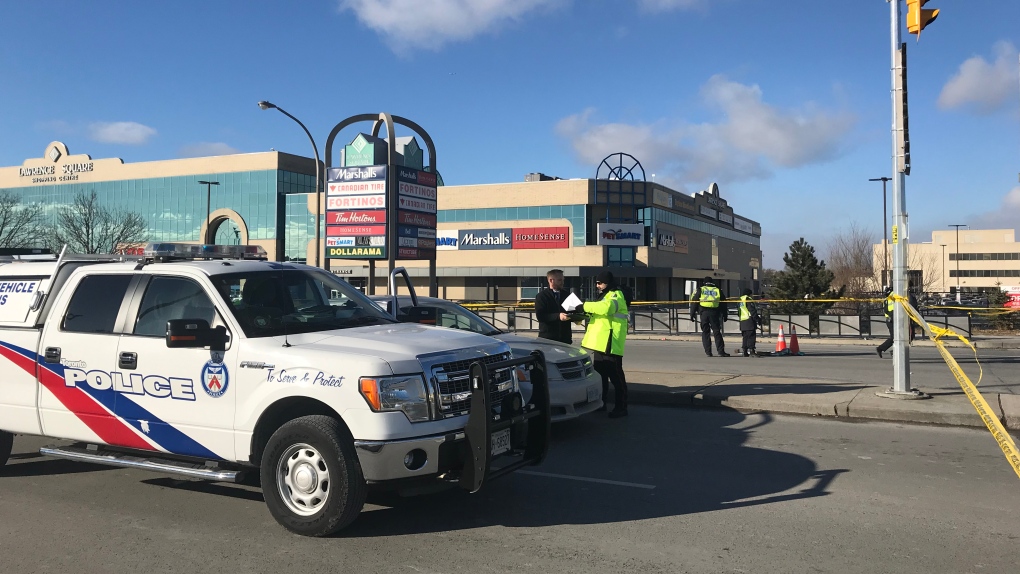 Toronto police at the scene of a fatal crash involving a pedestrian on Lawrence Avenue on January 16, 2019.

Nothing could bring him back, but his family had hopes for a hearing at Provincial Offences court, where driver Nicolas Brown had pled guilty to the non-criminal Highway Traffic Act offense of failure to yield to a pedestrian.

But the hearing Tuesday was in disarray, with the sworn information, which outlines the charge, missing. Court staff said they had searched for it but in vain. A photocopy provided by one of the lawyers was not good enough.

Brown’s lawyer, Neil Searles, argued that as a result, “This court has lost jurisdiction over the matter."

The judge didn’t rule on that point, opting to give the court staff time to find the missing document. The case will next be heard on March 2.

Lawyer Ari Goldkind, who is not connected to the case, says while other courts have upgraded to electronic systems, the Provincial Offenses court, which is run by the City of Toronto, is often stuck in paper.

“What we’re talking about is the sworn information. That’s the thing that allows a judge to act on something in court,” Goldkind said.

Usually it deals with minor matters, but in this case, a life was lost, he said.

“While these errors often happen, I can’t remember that last time it happened in a case of this significance. Our system is a Luddite of a system and many lawyers are begging for it to be moved into the 20th century,” he said.

The City of Toronto told CTV News Toronto in a statement that it’s rare to lose documents, and when that happens, the court staff will conduct a thorough search.

“The charges were not dismissed. Court Services staff will notify the defendants legal counsel and the prosecutor when the original is located by January 31, 2022,” the city said in a statement.

However, older cases proceed by older rules, the statement said.

Meanwhile, other courts such as the Ontario Superior Court have a digital system.

Toronto has a long way to go before deaths on the road are taken seriously, said Jess Spieker of Friends and Families for Safe Streets.

She said there have been no criminal charges in the case, another charge of careless driving was stayed after the plea, and by going down a route through the POA court exposed victims’ families to the risk of justice being denied.

“It’s wild that our systems are so outdated and antiquated,” she said. “The courts need proper budgeting and proper reasoning to get things going.”

She pointed to the need for Bill 54, which would provide a license suspension, mandatory driver re-training, mandatory community service, and compulsory attendance at traffic court to hear a victim impact statement.

The bill has recently passed a second reading in Ontario’s legislature.

“There’s a lot we have lost. There’s a deep darkness in our lives that has impacted all of us differently,” she said.