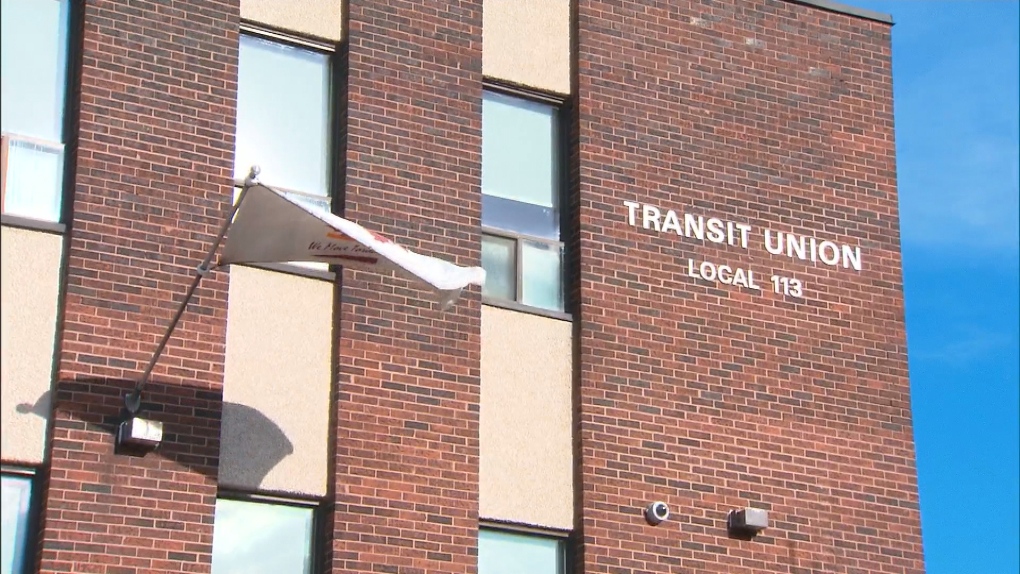 A union representing frontline Toronto Transit Commission (TTC) workers is speaking out about the need for better protection for its members after an operator was allegedly attacked in Etobicoke.

Amalgamated Transit Union (ATU) Local 113 says a female operator was assaulted and robbed by a masked male while on duty at the Long Branch Loop in Etobicoke at around 10 a.m. on Monday.

The TTC confirmed the incident took place and that the operator had their phone stolen.

“While obviously shaken, the operator, thankfully, reported not being physically harmed,” the TTC said in a statement to CP24.com.

“Safety is paramount to all the TTC does and we have offered the operator counseling and peer supports as they process and recover from this incident.”

Both the TTC and ATU say Toronto police are investigating the incident, however police have not provided any suspect information.

ATU Local 113 says it’s the second attack on a TTC worker in less than a week and it’s calling on the TTC “to do more to prevent all forms of violence towards transit workers.”

“Any violent attack on a worker at their job is a tragedy. The fact that they happen again and again is a catastrophe,” the union said in a statement to CP24.com.

“We have seen throughout the pandemic tensions rising and conflict becoming increasingly common and more serious. Workers have a right to be able to perform their jobs free from fear of violence and harassment.”

The TTC says it takes every report of assault and abuse seriously, adding that it will continue to work with union partners in joint health and safety committees, where assault mitigation is regularly addressed.

“We currently have safety barriers, cameras, radio and non-audio equipment (push-button alerts) on every vehicle to assist in prevention, deterrence and response,” the TTC said.

“We also have a court advocacy program that helps in securing convictions and stronger sentences for anyone involved in a crime on a TTC employee.”

ATU Local 113 says their highest priority is “consistent and proper enforcement” for those who commit acts of violence or harassment on the TTC, with an increased focus on communication and coordination with TTC special constables to “aid with deterrence and detection.”

The union says it convinced the TTC to create a comprehensive safety strategy earlier this year after a string of violent attacks on transit operators in the city.

For its part, the TTC says it has implemented new strategies based on operator feedback to enhance safety for workers and riders alike.

“As a result of COVID-19, we have redesigned and installed larger operator barriers and as part of continuous improvement, we are prototyping other shield designs based on operator feedback,” the TTC said.

“This is an example of how, working with input from frontline staff, we are improving safety for bus operators in particular who do not work in fully enclosed cabs.”

A powerful 7.8 magnitude earthquake rocked southeastern Turkiye and northern Syria early Monday, toppling hundreds of buildings and killing more than 1,300 people. Hundreds were still believed to be trapped under rubble, and the toll was expected to rise as rescue workers searched mounds of wreckage in cities and towns across the area.