TORONTO -- A Toronto woman stuck on a Holland America Line cruise ship trying to make its way to Florida said she and her husband were enjoying a great vacation touring South America until they learned people on board the ship had become ill.

The Zaandam, which is housing 1,243 guests and 586 crew members, departed from Argentina on March 7 and the cruise was initially supposed to end in Chile on March 21.

That all changed when the cruise line decided to suspend global cruise operations for one month and end all cruises in progress as “quickly as possible.”

No one has been off of the ship since it docked in Punta Arenas on March 14 and the ship last anchored near Valparaiso, Chile, on March 20 and March 21.

“Even though we weren’t allowed to dock and get off the boat the last couple of stops, people were generally feeling that it was fine. We did not expect someone was going to get sick because we had already been on the boat since March 7,” Anne Arthur told CP24 on Tuesday.

On Monday, the cruise line confirmed that 13 guests and 29 crew members have reported to the ship’s medical centre with “influenza-like” symptoms.

In a statement on its website, Holland American said all ill passengers and crew have been isolated and their close contacts have been placed in quarantine.

Guests have also been asked to stay in their rooms “out of an abundance of caution” until more information is gathered, the company added.

There is currently no way to test for COVID-19 on board, according to the cruise line.

The company said crew members who are not required for “the safe operation of the ship” have been quarantined.

“Those that are needed to maintain the ship’s operation are being asked to self-isolate when not performing essential functions, practice social distancing, self-monitor and report any illness to the medical centre,” Holland America’s statement read.

The ship is now sailing toward Fort Lauderdale, Florida and is working to secure transit through the Panama Canal.

“The reality is the workers have been cleaning constantly on the boat,” Arthur said. “We don’t know whether it is a flu that these folks have or what it is.” 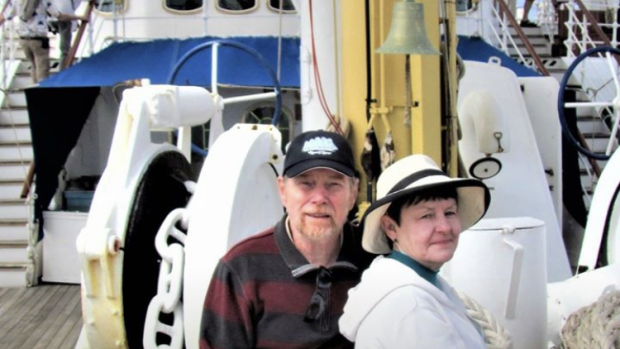 Arthur said when she and her husband decided to go forward with the cruise, COVID-19 didn’t feel like a major situation in North America.

“It had broken out in Italy…We just did not see it progressing so quickly the way it did,” she said. “Things changed so rapidly after we left Toronto.”

She said meals are being delivered to their rooms and they are being offered free wine and beer.

Arthur said she believes the crew is “doing the best they can.”

“It is a situation beyond the control of the captain of the ship and we feel he is doing the best he can,” Arthur said. “We are moving towards North America. That’s the key right now.”