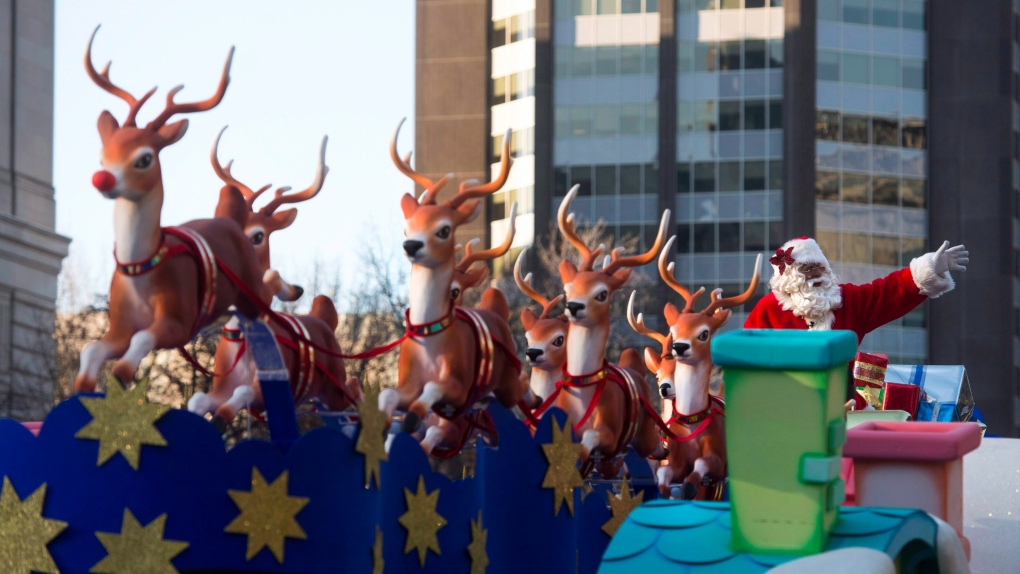 TORONTO -- For the second year in a row, Santa Claus will not be marching through the streets of Toronto.

Organizers announced Friday that the 117th Original Santa Claus Parade will be a broadcast-only event this year.

"We are disappointed and I'm sure there are many members of the public who are disappointed," Clay Charters, the president and chief executive officer of the parade, told CP24 Friday afternoon.

"We've been looking forward to returning to the street. We continue to look forward to returning to the street, and we know that we'll be back on the streets celebrating the holidays with Torontonians in 2022. And in the meantime, we know we've got a great show lined up that will be beamed right into everyone's home so they can celebrate the start of the holiday season on December 4th."

Charters said the decision not to hold the parade in person this year was made several weeks ago, given the time needed to plan for the event.

He noted that his organization took into consideration several factors in its decision, including children under 11 years old are still not eligible to receive the COVID-19 vaccine and parade organizers would not be able to control access, check vaccination status and enforce physical distancing rules and proper masking.

On Friday, the Ontario government announced it intends to allow for greater capacity at organized public events such as Santa Claus parades but has not provided further details.

Robin Martin, the MPP for Eglinton-Lawrence, wrote a letter to Charters on Friday, asking him to reconsider the parade's decision and proceed with an in-person celebration.

"Not only are the vast majority of Torontonians now vaccinated, but public health and health indicators are stable. The chief medical officer of health has said there is minimal risk associated with individuals and families gathering at outdoor events, so long as basic public measures are adhered to, including masking when distancing cannot be maintained," Martin wrote.

"Our province's plan to safely reopen provides Ontarians with more certainty around getting back to doing the things they love. I hope we can work together to ensure that includes this year's Santa Claus Parade."

The parade, held since 1905, usually marks the official start of the holiday season in Toronto. Downtown streets would be filled with thousands of spectators, primarily excited children wanting a glimpse of St. Nick.

In 2020, the Santa Claus Parade did not hold its outdoor spectacle for the first time in its 116th year history due to the COVID-19 pandemic. The parade was pre-recorded at Canada’s Wonderland and aired in a two-hour primetime special.

Charters said he is excited for the public to see what they have in store for the 117th edition of the parade. He added that there will see "return to some normalcy in the parade."

"And then obviously some new floats which we'll keep under wraps for a little bit of time and let people get excited to see them. And we hope that everyone will enjoy the broadcast."

CP24 and CTV are divisions of Bell Media.