TORONTO -- Members of Toronto’s Asian community and their allies held a rally at Nathan Phillips Square Sunday to raise awareness about anti-Asian racism following the fatal shooting of several Asian-American women in Atlanta earlier this month.

Organizers of the demonstration said they are “outraged and heartbroken” by the events that took place on March 16 when Robert Aaron Long allegedly killed four people inside two Atlanta spas and four others at a massage business roughly 50 kilometres away.

Of the eight people killed, six of them were women of Asian descent. While investigators have said that Long has confessed to the killings, he claims they were not racially motivated.

“We stand together with Asian-American and Asian-Canadian women who are traumatized by this ongoing misogyny, racism, and stand against the policing and abuse of massage parlour workers and sex workers who are criminalized by the state and face discrimination by society,” rally organizers said in a news release.

Sunday’s demonstration is also marked by the release of a report last week by the Chinese Canadian National Council, Toronto Chapter, one of the five groups behind the rally, which showed a “disturbing rise” in anti-Asian hate crimes across the country. 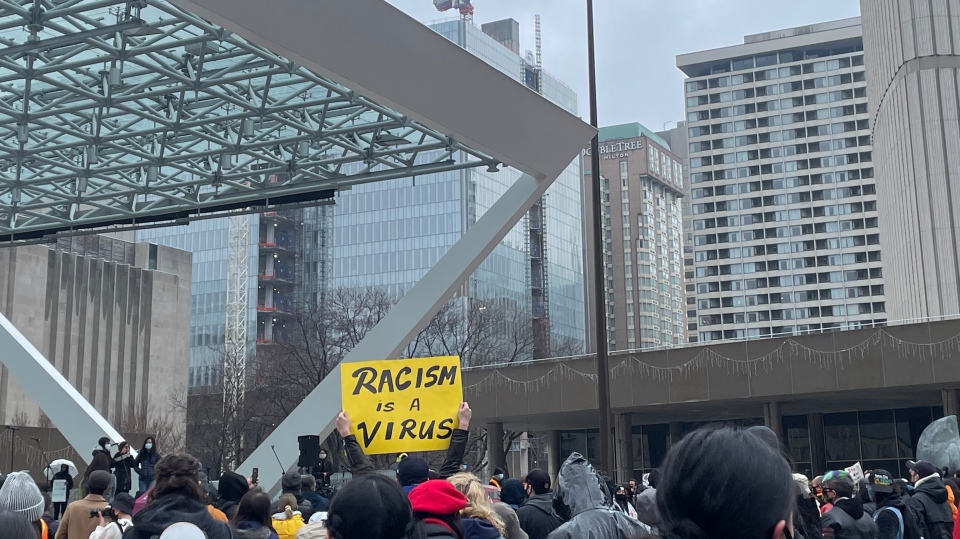 “These racist incidents have resulted in deep and long-lasting impacts on the Asian Canadian community as a whole,” Avvy Go, Clinic Director of the Chinese & Southeast Asian Legal Clinic said in a news release issued Tuesday. “We need the Prime Minister and all Parliamentarians to take a stand against Anti-Asian racism. Instead of empty rhetoric, we demand concrete actions.”

Authors of the report said that racist and false ideas about the spread of COVID-19 largely fuelled the spike in hate.

Just this week police found two instances of vandalism targeting the Asian community in downtown Toronto which they are investigating as hate crimes.

And while the attack in Atlanta happened more than 1,500 kilometres away, attendees at Sunday’s rally say it hits too close to home.

“With all the terrible things happening we have to be here for our community, to let people know hate is not ok. Racism is not ok,” added Fane Tse.

Rally organizers are echoing Go’s call for political leadership in the face of growing racism against the Asian community by urging lawmakers to act against hate and condemn “scapegoating Chinese people for the COVID-19 pandemic.” 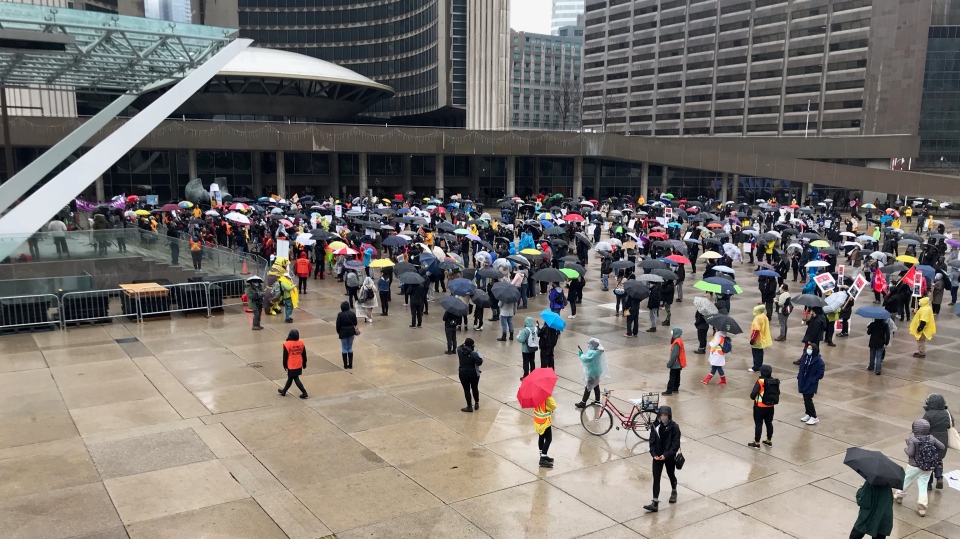