'We are being singled out': Chinese-Canadian community confronts discrimination amid coronavirus outbreak

TORONTO -- Leaders of Toronto’s Chinese-Canadian community held a news conference Wednesday to address emerging discrimination and stigmatization directed at the group amid the coronavirus outbreak.

“We wish that we were not talking about this, especially during the auspicious time of Lunar New Year. But we have to. Because we are facing an emergency,” Amy Go, interim National President of the Chinese Canadian National Council for Social Justice, said.

“Not necessarily in the public health sense, but an emergency within the Canadian-Chinese communities because we are being singled out. We are being stigmatized because of the coronavirus.”

The news conference follows a number of reports of discrimination directed at the community, including posts to social media and online petitions containing what city officials say is misinformation.

Toronto Mayor John Tory was present and said that he is aware of such reports.

“I’ve been very troubled to hear of reports, one as recently as at lunchtime today, of people treating our Chinese-Canadian community differently,” Tory said.

“That they in some way are being or should be shunned or quarantined or suggesting Chinese businesses should be avoided. This type of thinking is wrong. It is entirely inconsistent with the advice of our healthcare professionals.”

Things that protect against infection:
✅Washing your hands
✅Not touching your eyes, nose & mouth
✅Avoiding close contact with people who are ill

Get the facts on our website as they're confirmed https://t.co/3yOlTppubW

As it stands, two cases of the coronavirus have been confirmed in Toronto by health officials and a third presumed positive case is in British Columbia.

Internationally, the virus has killed a little more than 100 people in China and infected more than 6,000 on the Chinese mainland and abroad. 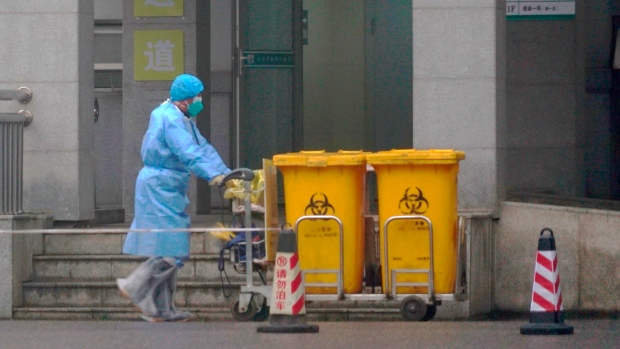 Despite that, Councillor and Chair of the Toronto’s Board of Health Joe Cressy maintains that the threat to Torontonians remains low.

“The message here that Torontonians need to hear is: While yes, when you have a new and emerging virus like coronavirus, that may be scary, but the risk to Torontonians remains low,” Cressy said.

Proud to stand alongside Mayor Tory and members of the Chinese community. In Toronto we stand together, always. https://t.co/EVOxY5xhTp

An online petition created earlier this week by parents from York Region exemplified this after the group called on the York Region District School board to ask students whose families had recently returned from China to stay home for 17 days to “self-quarantine”.

In response to the petition, which has since garnered some 9,000 signatures, school board chair Juanita Nathan and education director Louise Sirisko wrote that such requests run the risk of "demonstrating bias and racism," even when made in the name of safety.

"At times such as this, we must come together as Canadians and avoid any hint of xenophobia, which in this case can victimize our East Asian Chinese community," the letter said. "Situations such as these can regrettably give rise to discrimination based on perceptions, stereotypes and hate."

The petition is not an isolated incident.

Chair of the Toronto Chinatown Business Improvement Area (BIA) Tonny Louie told CTV News Toronto that news of the coronavirus is driving people away from the usually bustling district.

Louie said that was especially clear following the onset of the Chinese New Year on Jan. 25.

“The first day was packed,” Louie said. “The second day, upon news of coronavirus, people started staying away.”

Asked if he attributes the lack of traffic in the area to the outbreak, Louie said “of course.”

“When there’s a new virus people are very much afraid of what’s happening until they get all the facts.”

City councillor and Co-Chair of Toronto’s Board of Health Kristyn Wong-Tam echoed that sentiment at Wednesday’s news conference.

“I think it’s important for all of us to recognize that in times of fear and uncertainty people are going to look for blame. It is a natural human reaction. But at the same time we want to not necessarily fall victim to that.”

Wong-Tam went on to reference the 2003 SARS outbreak, which killed 700 people worldwide in five months, including 44 in the Toronto area.

“We know that in the past when the 2003 SARS outbreak happened, significant harm took place and it specifically had a racial overtone,” Wong-Tam said.

“We don’t want to do that again. This is one of the lessons that we should be able to grow from in 2003 and we would not want to see a repeat of that history.” 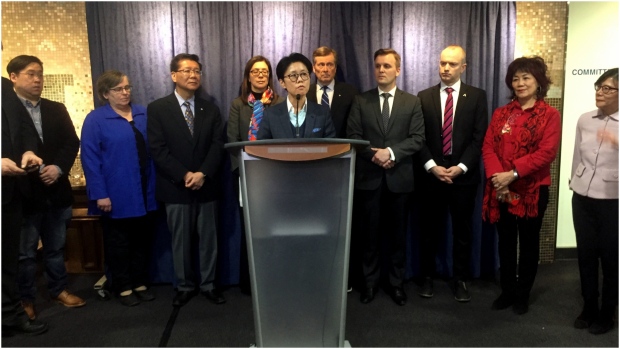 At that time, Avvy Go, the director of the Chinese and Southeast Asian Legal Clinic, said she saw the discrimination first-hand.

Go told reporters she represented clients facing landlords looking to evict them, employers who cut their wages or their jobs and immigration officials who wore face masks while hearing refugee claims.

"[The] government should start getting ready to prepare for the very foreseeable outbreak of racism during this crisis," Go said. "Don't wait till the matter gets worse."