The Chief of Toronto Police is appealing to the public for help as officers investigate four shootings that took place across the city Monday night.

The first incident happened near St. Clair and Midland avenues around 7:30 p.m. One patient was taken to hospital with serious injuries. The suspect then fled the scene in a black or dark grey car. 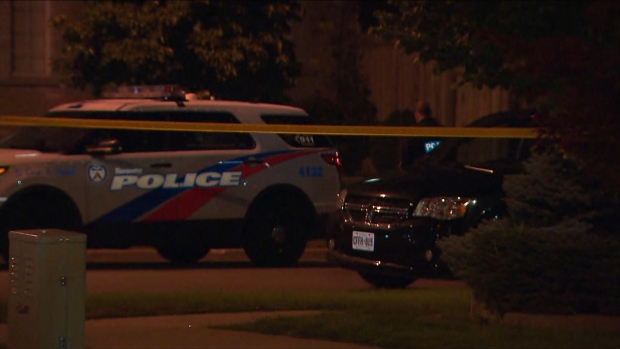 Police investigate a shooting on National Street in the Cliffcrest area Monday Sept. 09, 2019.

The second incident happened less than two hours later when police said they received several calls about multiple gunshots near Humber Boulevard and Weston Road. Police were able to recover shell casings from the scene, but did not locate a victim. 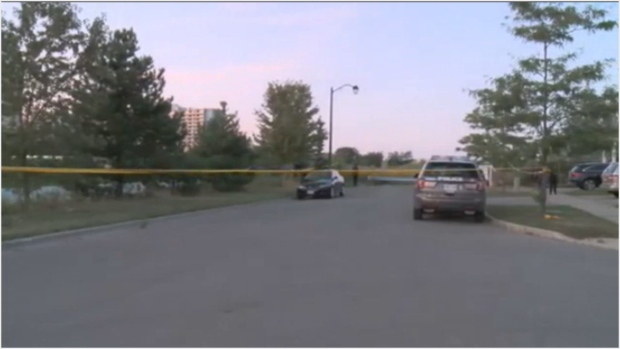 Police are seen near Humber Boulevard and Weston Road investigating reports of a shooting.

Gunfire rang out once again in the city’s west end at a hotel near Attwell Drive and Carlson Court around 10:30 p.m. Police said a man sustained serious, but non-life-threatening injuries. A suspect was seen fleeing the area in a light or sky-blue car wearing a dark jacket that said “BMW” on the back. 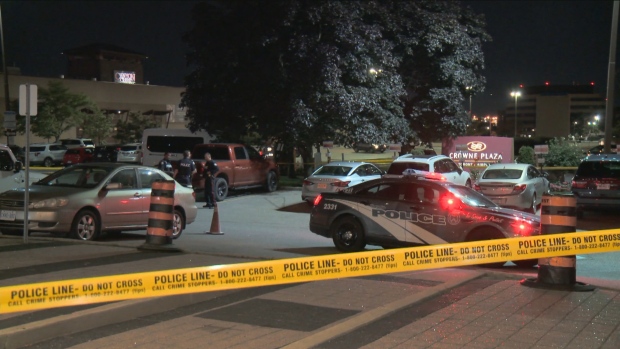 Police investigate after a shooting in the parking lot of a hotel in Rexdale.

And early Tuesday morning, another shooting was reported in North York near Willowdale and Byng avenues when shots were fired through the window of a Willowdale townhouse, police said. Shell casings were also found on the scene but police no victim or suspect was located.

Police vehicles are shown at the scene of a shooting investigation at a townhouse complex on Willowdale Avenue near Byng Avenue. (Mike Nguyen)

Following the spate of gun violence in the city, Saunders urged anyone with information regarding the incidents to come forward.

“Anytime that there is any gun violence in the city it is concerning,” Saunders said. “We’re actively investigating and appealing for witnesses to see if they can reach out and help us with these types of things.”

President of the Toronto Police Association Mike McCormack said the issue of gun violence in the city could get worse before it gets better.

“We’ve been talking about this for years. It continues. We’re looking at a record year,” McCormack said.

“We thought 2018 was bad with over 587 shooting victims. The Chief announced that he had a task force, he was moving people around. Again, our concern is that we’ve had our resources depleted for so long that it’s going take years to fix this.”

Anyone with further information relating to any of last night’s occurrences is asked to contact police or Crime Stoppers anonymously.