OTTAWA -- Public health officials were working Sunday to track down some of the passengers of a China Southern Airlines flight to Toronto this week after learning that the patient diagnosed with Canada's first case of coronavirus showed symptoms on the plane.

But Canada's chief public health officer stressed that the risk of future infection is low, and public health protocols are working.

Dr. Theresa Tam said the man in his 50's, currently in stable condition in a Toronto hospital, showed mild symptoms on the flight from Guangzhou to Toronto earlier this week.

Tam said the patient did not report his flu-like symptoms upon arrival, but did share his recent stay in Wuhan with first responders when he sought medical help the next day. Paramedics and hospital staff took all necessary precautions.

"The patient has been managed with all appropriate infection and prevention control protocols, so the risk of onward spread in Canada is low," Tam said at a morning news conference in Ottawa. "Nevertheless it would not be unexpected that there will be more cases imported into Canada in the near-term given global travel patterns."

"For me that is a sign that the information provided at the border did, in fact, percolate through to the patient and his family," she said.

The man remains at Toronto's Sunnybrook Hospital, where Ontario health authorities said he's being held in a negative-pressure room used to contain airborne illnesses. The case is "presumptive positive" until the National Microbiology Lab in Winnipeg finds the same positive results as the tests conducted in Toronto. Tam said those results were expected within 24 hours.

Dr. Jerome Leis of Sunnybrook said the presence of an infected patient at the facility has not prompted any changes in day-to-day operations, stressing the risk of general infection is low and the hospital remains safe for patients.

"We are carrying on our normal business and normal operations," Leis said. ". . . It is not affecting the care we provide for all of our other patients." 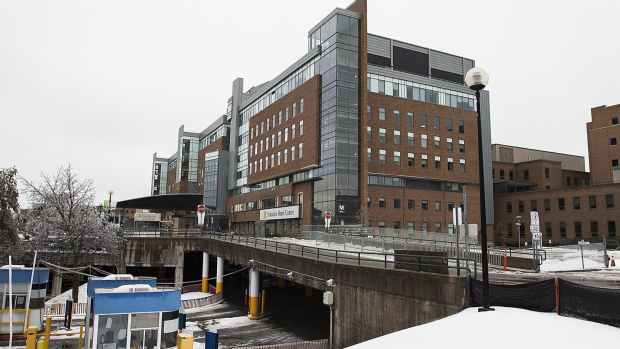 Despite her concession that future Canadian cases are expected, Tam said the risk of human-to-human contamination is minimal, even for those who may have shared a flight or been in the airport alongside the Toronto patient.

"People transmit when they're in close contact, particularly prolonged contact," she said. "It's really family members travelling with the patient who are at the highest risk."

She said federal authorities, together with Toronto Public Health, are in the process of reaching out to those who were within a two-metre radius to the man to ensure they have all necessary information.

The news of Canada's first coronavirus patient comes as authorities around the world grapple with the new type of virus, which originated in China but has since spread to Europe and North America.

Several countries, including the United States, have indicated plans to evacuate diplomats and visitors from Wuhan where the virus is most rampant.

Foreign Affairs Minister Francois-Philippe Champagne said in a statement Sunday that Canada doesn't have a diplomatic presence in Wuhan.

But he said the government is in contact with and providing assistance to Canadians in the area.

"Canadian consular officials are closely monitoring the situation and are in contact with local authorities and our international partners to gather more information and provide support to the extent possible," he said.

Officials have recorded nearly 2,000 global coronavirus cases so far, including three in France and five in the United States.

While 56 people have died of the virus in China -- most of the deaths have been older patients -- the World Health Organization has not declared the outbreak an international public health emergency.

Coronaviruses are a large family of viruses, some of which cause the common cold. Others have evolved into more severe illnesses, such as SARS and MERS, although so far the new virus does not appear to be nearly as deadly or contagious.

This report by the Canadian Press was first published Jan. 26, 2020.