TORONTO -- The first “presumptive positive” Canadian case of the coronavirus, which has led to the death of more than 50 people in China, has been confirmed in Toronto, Ontario health authorities say.

Speaking to reporters, Barbara Yaffe, the province's associate chief medical officer of health, said that the patient is a male in his 50s who recently travelled to Wuhan, China and returned to Toronto on Jan. 22.

“Within a day (he) became quite ill,” Yaffe said.

The patient was transported to Sunnybrook Hospital.

Sunnybrook Health Sciences Centre is caring for a patient who has a confirmed case of the novel coronavirus that originated in Wuhan, China.

The patient is in stable condition and has been admitted to an isolation room. More info: https://t.co/BDLgqfjAzw

David Williams, Ontario’s Chief Medical Officer of Health said that while specimens have been sent to the public Health Ontario Laboratory to confirm the diagnosis, they are “pretty well 95 per cent sure it is”

The coronavirus, known as 2019-nCoV, was first reported in Wuhan, China in late December. More than 1,200 people have been diagnosed with the illness.

The illness generally presents itself with flu-like symptoms such as high fever, sore throat, cough and shortness of breath. However, in a small number of cases patients have developed lung infections.

Despite the number of patients diagnosed and the number of fatalities, the World Health Organization has not declared the outbreak to be a global public health emergency.

Toronto’s Chief Medical Officer said that officials learned about the Canadian case early Saturday afternoon. The city’s public health agency is now focused on investigating and understanding the circumstances under which the person became ill and determining who was exposed to the individual.

The patient has a “relatively small family situation,” Eileen de Villa said. “We feel that we’ve got this well managed at this point in the game. We know who the contacts are that are closest, making sure that they are aware of what they should be doing should they find themselves in a situation that requires medical attention.” 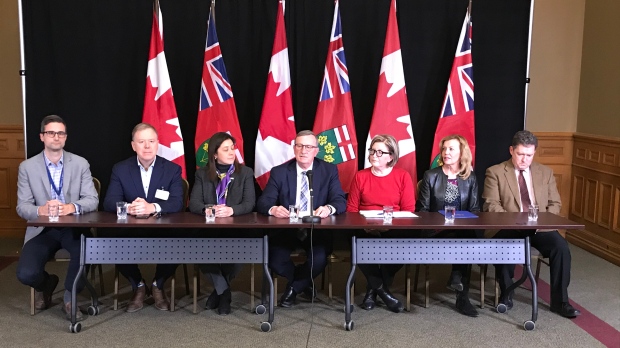 Speaking to reporters, Yaffe stressed that the virus is not easily passed from person to person.

The Mayor of Toronto issued a statement following the announcement saying that while there is now one presumptive confirmed case of the coronavirus, “health officials are clear that the risk to residents continues to remain low.”

My statement on the first presumptive confirmed case of coronavirus. pic.twitter.com/DDDenJw4jT

The provincial government has added the novel coronavirus as a designated disease reportable under Ontario’s public health legislation. A website has been set up with information about the virus and the minister of health said that it will be updated every day throughout the week.

“I have no doubt that increased information will help Ontarians protect themselves as this issue emerges,” Christine Elliott said. “Our top priority will always remain safeguarding patients, the public and providers.”

The United States confirmed its second case on Friday, saying that a woman in her 60s returned to Chicago from China on Jan. 13 showing no signs of illness. A few days later she started to report feeling sick.

Australia and Malaysia reported their first cases on Saturday and there are also confirmed cases in both Japan and in France.

Major airports in Toronto, Vancouver and Montreal have increased security measures as a result of the outbreak. An Additional health screening question has also been added to electronic customs kiosks.

The safety and security of passengers and employees is our top priority. We continue to work in close collaboration with @GovCanHealth and @CanBorder to ensure that all proper measures are taken for all international arriving passengers. https://t.co/3WHUxKEP1I

Toronto Pearson International Airport said on social media that they will be working with the federal government and Canada Border Services Agency to ensure safety of passengers and employees.

Travellers are being asked to inform border services officers if they are experiencing flu-like symptoms.