The east-end coffee shop that gained film-fest fame for enticing Tom Hanks and Ryan Gosling in for a cup of joe is closing down.

The independent cafe Grinder, which became the talk of the Toronto International Film Festival (TIFF), will shut down October 27 after five years in its Leslieville location following a lease dispute with its landlord.

“It’s heartbreaking, because as a small-business owner you work so hard, and it’s almost like your second child,” owner Joelle Murray told CTV News Toronto on Monday.

The coffee shop rose to fame in 2018 when it convinced Ryan Gosling to frequent it during the film festival; then this past September it successfully lobbied Tom Hanks to do the same. 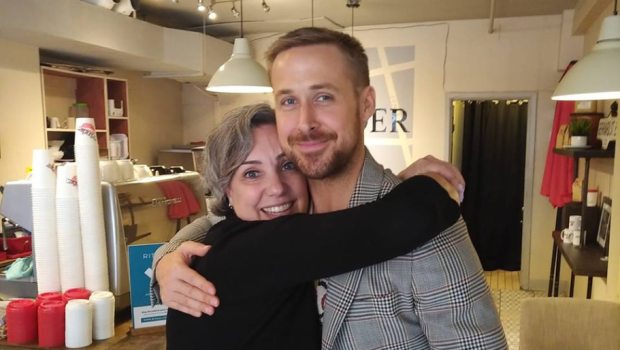 “No amount of press or success makes us immune from the perils of small business ownership,” Murray wrote in a notice to customers.

She told CTV Toronto the commercial rent cost has been a major hurdle in staying afloat.

“You’re often juggling a lot of costs as they keep going up, and then to have something that suddenly becomes a giant leap,” she said. “Sometimes you can absorb it, sometimes you can’t.”

“You have to factor in how many cups of coffee does that equal in an increase in rent.”

Grinder is far from the only small business falling victim to rising commercial costs. The nearby flower shop Florabunda recently shut its doors due to a sudden rent spike, and local councillor Paula Fletcher says many independent businesses are being slapped with doubled or tripled lease bills.

Fletcher said she would support rent controls for commercial tenants, which is a provincial responsibility.

“Something really needs to be looked at for the commercial sector for the smallest businesses that are the backbone of our main streets.”

Tom Iliavis, owner of OK OK Diner, said landlords know how difficult it is for tenants to change locations, and therefore know “they’ve got them on the hook” for rent costs.

“They can do whatever they want. They charge you what they want,” he said. “The problem is, when you’ve invested so much money into your restaurant and the lease is up, what are you going to do, spend another $300,000 to fix up a place?”

Tom Fidgen, the owner of The Unplugged Woodshop, left his last location near Carlaw Avenue and Dundas Street East a year ago because of rising rents.

“You can’t give 12 post-dated cheques to your landlord because the rent next month may be $300 more than it was last month,” he said.

He was able to find a new location on Gerrard Street where the landlord was willing to commit to a five-year fixed-rate rent.

“It was very refreshing,” he said.

It is with great sadness that I must announce Grinder Coffee’s last day will be Sunday, October 27. No amount of press or success makes us immune from the perils of small business ownership including a lease renewal. Thank you to everyone for their love and support. #Toronto

Back at Grinder, Murray said customers continually ask who next year’s targeted TIFF guest will be; she’s now forced to tell them the coffee shop won’t be around come next film festival.

She’s open to finding a new home for her cafe, but says she’s not convinced she can find a space that doesn’t charge “astronomical” rent.

“I’m going to face the same hurdles as far as finding another new location, with another high lease,” she said.

“It’s often the plight of people with commercial leases.”