TORONTO -- An Air Canada plane bound for Toronto was forced to declare a mid-air emergency after one of its wheels fell off during take-off.

Air Canada flight 715 from LaGuardia Airport landed safely after 4 p.m. in Toronto. A spokesperson for Air Canada said the Airbus A319 lost one of its six tires while departing just after 2 p.m. on Tuesday

Thankful to be on the ground safe and sound! My thanks to the captain and crew for their excellent work and communications. Well done https://t.co/1VCFwadFnX pic.twitter.com/meVTB8bDDB

Air Canada said the pilot declared an emergency to ensure the aircraft had priority for landing when it arrived in Toronto.

There were 120 passengers and five crew members on the plane, Air Canada says.

Emergency crews, which were on standby waiting for the aircraft to land, have investigated the damage.

The airline has not yet said if the missing wheel has been recovered. 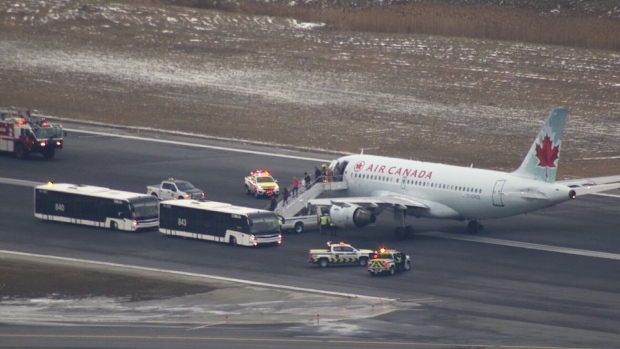 Earlier this month, an Air Canada flight bound for Toronto from Madrid was forced to circle in the air for hours after experiencing an engine issue during take-off. The airline suspects the engine issue is also what caused one of the Boeing 767's tires to be damaged.

A Spanish fighter jet was deployed to assess the damage to the plane mid-air.

There were 128 passengers and eight crew members on the plane, none of which were injured in the incident. 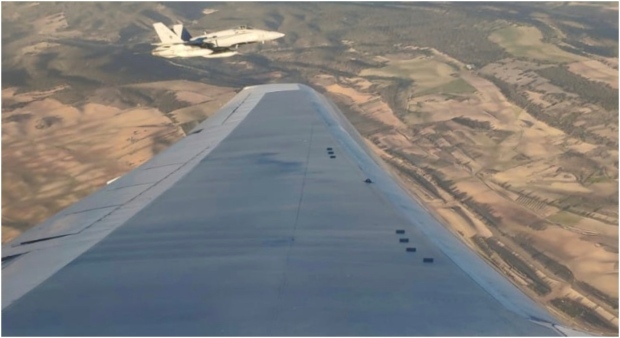 On Jan. 4, an Air Canada flight travelling from Montreal to Bagotville, Que. returned to Trudeau Airport after one of the plane's wheels fell off during take-off.

Video shot by a passenger showed flames within the wheel before it detached and fell to the ground.

The Dash 8-300 aircraft is operated by Jazz Aviation, an Air Canada regional partner. The plane was carrying 49 passengers and three crew members.