Top 10 mispronounced places in Toronto revealed. Which one are you saying incorrectly? 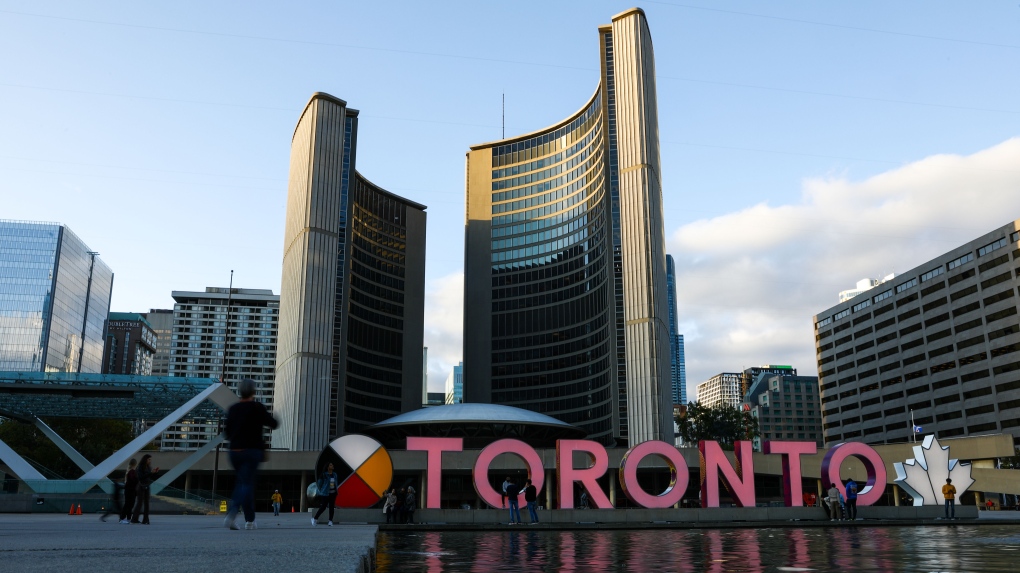 The Toronto sign in Nathan Phillips Square is seen in Toronto on Thursday, September 30, 2021. THE CANADIAN PRESS/Evan Buhler

If you live in Toronto, you’ve more than likely heard someone refer to Queen’s Quay or Roncesvalles incorrectly at least once and held back the urge to correct them.

But now, thanks to language learning platform Preply, a definitive list of the most mispronounced places in the city, and how to say them properly, is available for your reference.

“There's nothing more embarrassing than getting to a new city and mispronouncing its name in front of a local—especially if you butcher the regional accent,” Amy Pritchett, learning success manager at Preply, said in a news release. “To avoid that awkward encounter, we've researched the most commonly mispronounced places in Toronto so you never have to worry about these tongue twisters again.”

The U.S.-based language learning company used Google data to compile the list of 26 places in the city that people search “how to pronounce” most often.

Based on that research, and a ranking by Preply of the word’s difficulty to pronounce, here are the top 10 places you may be saying incorrectly and how to say them properly:

1. Toronto: Believe it or not, the word “Toronto” itself is the most difficult to pronounce based on search trends and Preply’s own analysis.

“It's not ‘tor-ahn-toe,’ it's Toronno. Or Churrano. Pronouncing the second ‘t’ in Toronto sounds pretentious, and it's a dead giveaway that you don't live in Toronto,” Preply said.

2. Geoffrey: Located in Toronto’s west-end, Geoffrey is another residential street name pronounced differently than how you spell it.

“We know you’ve lived here long enough to say ‘Etobico’ instead of pronouncing it Etobi-COKE. The Etobicoke name with its silent ‘k’ is derived from the Ojibwe word ‘wadoopikaang,’ which refers to a place where alder trees grow.

“Please don’t make it Yonj St. or try to make it rhyme with ‘sponge.’”

5. Wellesley: Don’t let the second ‘e’ in this downtown Toronto street throw you off.

“Wellesley is a downtown Toronto artery with its subway station. If you are a TTC commuter in Toronto, it will be hard to avoid this word.”

“The ‘s’ is silent and should sound like ‘Grov-ner’ Let's all pretend to be English and say ‘gro-vner’ almost like 'guv-ner'!”

7. The Esplanade: Known for it’s lively bar scene, the name of this downtown strip often gets mispronounced.

8. Strachan: If you’ve ever planned to meet someone outside of Trinity Bellwoods Park on Queen Street, you may have been confused by the spelling of this downtown avenue.

“The name of this street is strawn — not strack-an, according to Heritage Toronto. Rhymes with yawn.”

9.  Spadina: Chances are, you have been saying the name of this Toronto artery incorrectly, according to Preply.

“Most Torontonians pronounce Spadina as ‘spuh-die-nah,’ but the funny thing is that you should pronounce it as ‘spuh-dee-nah.’ That’s the historical pronunciation of it anyway!”

10. Roncesvalles: A Spanish word, the name of this hip Toronto avenue and surrounding neighbourhood has been mispronounced for years.

“Some say Rawn-sez-valls; others insist that it ends with ‘vale.’ Others give up and call it Roncy. It’s a Spanish word that got shifted over here.”

Take a look at some of the other mispronounced places that made the list here.

Canada will add 74 more people and businesses in Russia and Belarus to its sanctions list, Prime Minister Justin Trudeau announced on Monday as he met other G7 leaders in Germany to discuss the threat to global security posed by the invasion of Ukraine.

Scores of civilians were feared killed or wounded in a Russian missile strike Monday on a crowded shopping mall in Ukraine's central city of Kremenchuk, Ukrainian officials said.

Several cars on an Amtrak train derailed in Mendon, Missouri, on Monday after hitting a dump truck at a crossing and there are early reports of injuries among the approximately 243 passengers on board, Amtrak said in a statement.