Toddler dies in hospital after being hit by vehicle in Toronto

TORONTO -- A two-year-old boy who was struck by a vehicle outside of an Toronto apartment building on Tuesday afternoon has succumbed to his injuries in hospital.

Police say that a 25-year-old man was parked outside of the Etobicoke building in the Scarlett and Richview roads area waiting to pick someone up.

While the driver waited, police say that a two-year-old boy and his mother exited the building.

The person the driver was waiting for then exited through the same door and got into the waiting vehicle.

At that point the driver reversed and struck the toddler, police say. 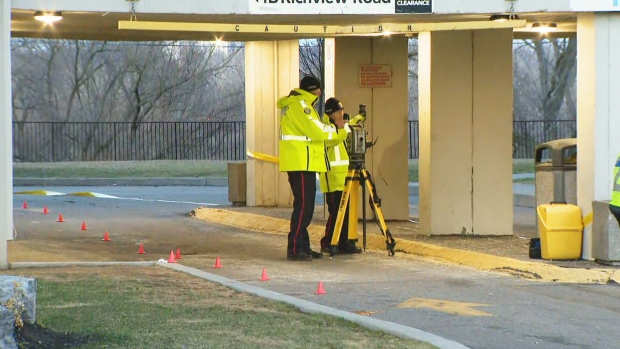 The toddler was rushed to hospital but was later pronounced dead.

Police are appealing to residents, businesses and drivers who may have surveillance footage or dash cam video to come forward.

No charges have been laid in connection with the collision at this point.