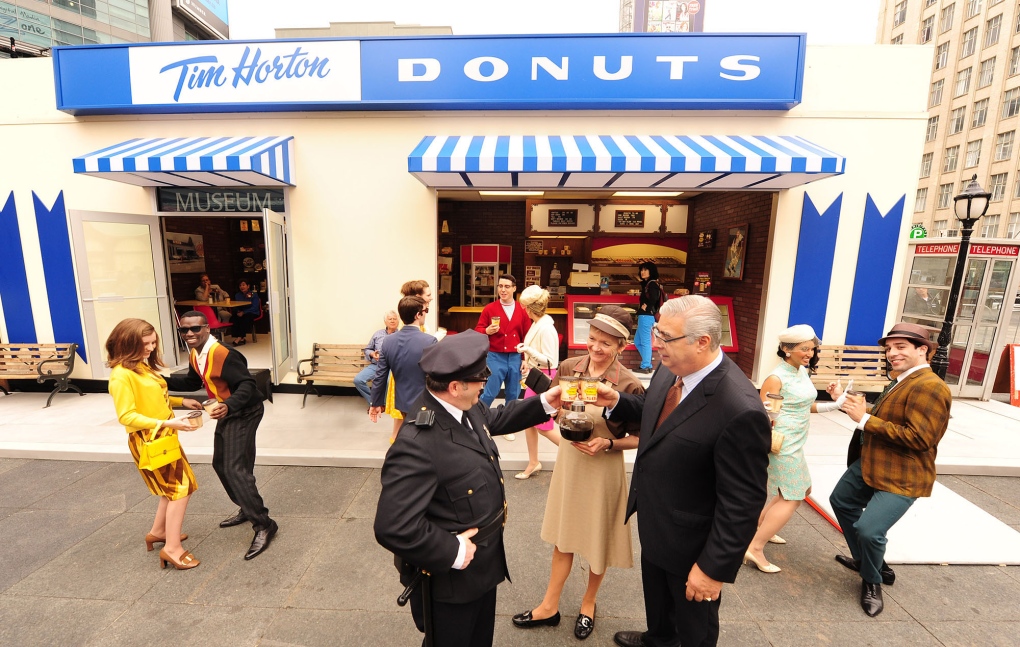 Tim Hortons celebrated its 50th birthday on May 15, 2014 by transforming downtown Toronto’s Yonge and Dundas Square into a scene from the 1960s. (Tim Hortons)

Tim Hortons celebrated its 50th birthday yesterday by transforming downtown Toronto’s Yonge and Dundas Square into a scene from the 1960s, complete with a replica of its original Hamilton, Ont. restaurant.

The coffee and donut giant opened its first store on May 17, 1964 and was named after its co-founder, Miles Gilbert “Tim” Horton, who won the Stanley Cup with the Toronto Maple Leafs just weeks before launching the restaurant.

The event, which ran from 8 a.m. to 3 p.m., included a performance by Montreal jazz singer Nikki Yanofsky, a Stanley Cup exhibit, and appearances by former Toronto Maple Leafs Johnny Bower and Ron Ellis.

On its actual birthday on Saturday, Tim Hortons will hand out free birthday-cake donuts at participating branches across the country.

Since opening its first store 50 years ago, the company has grown into a coffee and baked goods giant, with more than 4,000 locations.