TORONTO -- Three Durham police officers risked their lives jumping into the ice-cold waters of Lake Ontario this past weekend to save a drowning man.

Police were called to the shorelines near Simcoe Street in Oshawa after a report that a distraught man was drowning in a lake Saturday evening.

Acting Sgt. Mark Pillman told CTV News Toronto that he was the first one on the scene, and saw the faint light of a cellphone in the hand of a man inside the water.

The officer said he yelled at the man, who had called police, to swim back to the shore, but the man responded that his friend was further out, and he was trying to get to him.

The man’s friend, a 48-year-old man, had jumped into the lake in an attempt to take his own life. 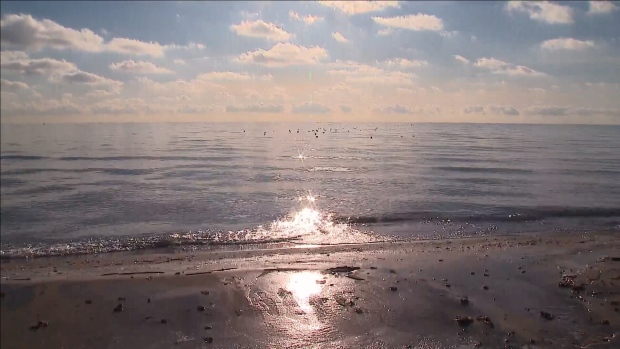 Pillman turned to another officer who had just arrived on scene, Const. Danielle Claxton, and told her that he had to go in the water because the distressed man was moving farther into the lake.

"I stripped off some of my gear and ran into the water," Pillman said. "I realized it's so cold I can't wait for air support, hypothermia can kick-in pretty quickly."

Pillman said that when he finally reached the distressed man, he tried to convince him to come back to shore.

"I get out there and he's up to his neck and he's moving further out and he's distraught,” Pillman said.

The man resisted at first, he added, but then began listening to the officer trying to save his life.

"I told him to reach his hand out to me." 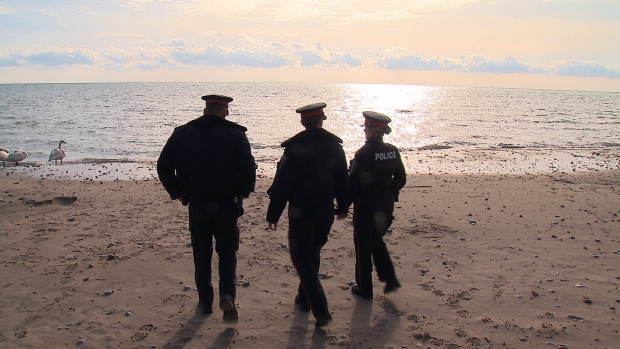 Pillman said that by that point, he was neck-deep in the water, and was starting to feel the effects.

“I started to realize the cold water was getting to me and I was struggling,” he said, adding that the distraught man was also struggling to move as the hypothermia was setting in.

By this point, Const. Claxton, who had just started with the police force, said she too jumped into the water.

"When you're in a situation like this it’s something that you really don't think about, you just act without hesitation,” she said.

She was shortly followed by Const. Sarah Porter. 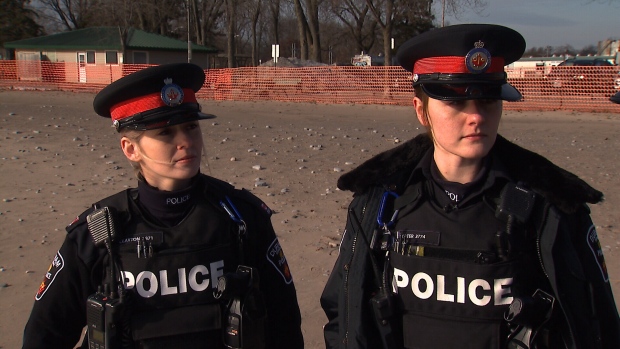 "When I saw Const. Porter and Claxton it was a relief, it was great to see, and not unexpected because we're a family … we back each other up," Pillman said. "I wasn't afraid I was going to die because I knew that I have back up."

All three of the police officers and the men were able to come back safely onto the shore that night.

The 48-year-old man was taken to hospital, and before he was discharged, Pillman paid him a visit to see how he was doing.

"He [told me] ‘sir, I'll never forget your voice, you saved my life, I want to thank you and I want to apologize to you and the girls that came out for making you guys come out.’"