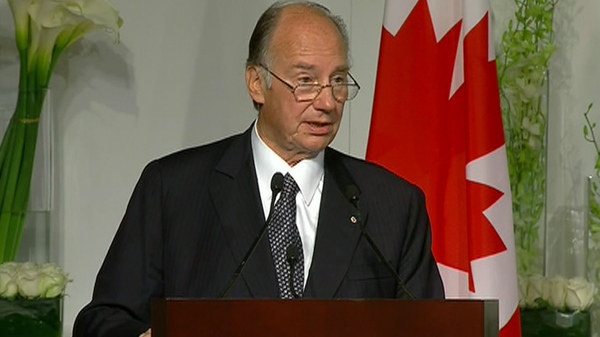 TORONTO - Thousands of people took part in the 26th annual World Partnership Walk in Toronto today that was organized by the Aga Khan Foundation Canada.

About 70,000 people in 10 Canadian cities are taking part in the walks over three Sundays in May and June to raise awareness and $7 million to fight global poverty in Africa and south and central Asia.

Volunteer Aleem Visram, 30, says he's been taking part in the walk for 22 years, since he was a boy.

He says water stations were set up along the five-kilometre route so the 10,000 people who signed up for the Toronto walk could stay hydrated as the city swelters under another heat alert.

Walks were also scheduled to take place today in Edmonton, Vancouver and Victoria