TORONTO -- A home originally built for the Gooderham family—known for operating Canada’s largest distillery Gooderham and Worts—is for sale.

Built in 1908, the house on Warren Road in the city’s Forest Hill neighbourhood will transport you back in time — a time when jazz was the new thing, ‘flappers’ danced the Charleston while drinking bathtub gin, and Scott and Zelda Fitzgerald’s parties never ended.

The roaring 20s saw Art Deco design as all the rage and owner Jefferey Wynn has embraced these streamlined, machine-age furnishings with the passion of a collector.

The outside of the building maintains the stately Georgian architecture it had when it was constructed. However inside, Wynn’s passion for all things Art Deco becomes very apparent. 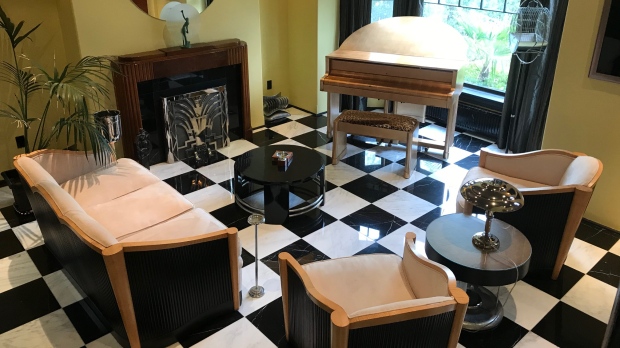 The foyer has marble checkerboard floors and dramatic wood panelled walls. The leather club chairs, circular mirrors and cocktail shakers shaped like German Zeppelins make you believe you’ve been transported to another age.

“The house just makes you smile,” says real estate broker Elise Kalles. “It’s romantic; every piece means something to the person who bought it.” 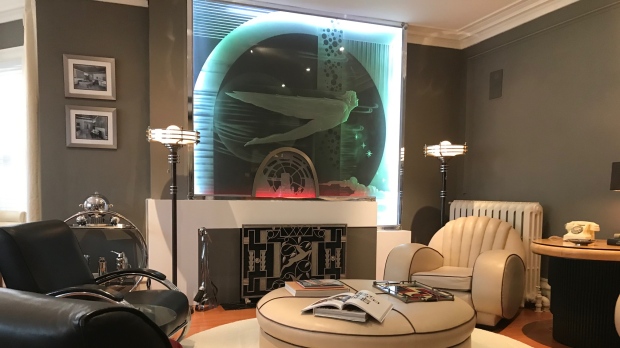 Maybe the most impressive piece in this home is the etched glass mirror depicting a winged Amelia Earhart. The piece was originally purchased by Leonardo Dicaprio, who decided against taking it at the last minute, which gave Wynn a chance to snatch it up.

The huge glass panel was originally commissioned by Earhart’s boyfriend and had hung in a home in the Hollywood Hills for many years. 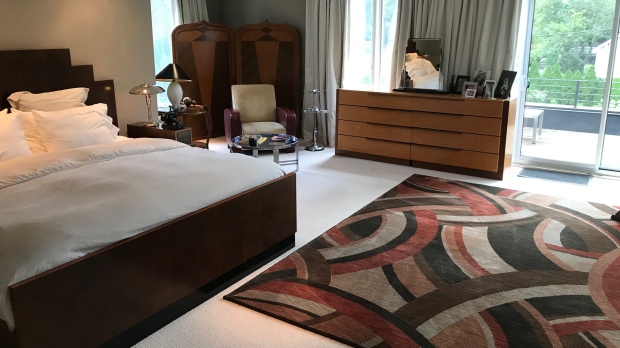 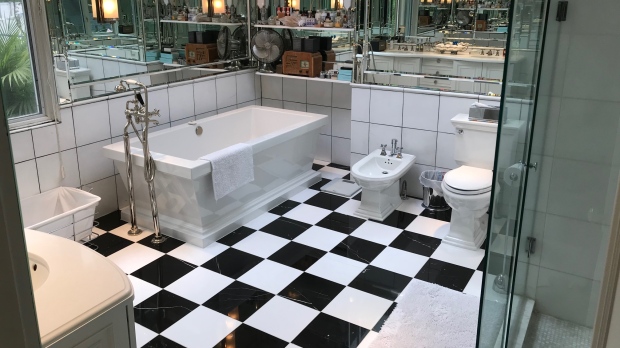 “He bought this entire room from a home someone was tearing down, including the old fashioned phones. Children today wouldn’t know how to work these phones,” Kalles said.

The expansive kitchen tends to be of a more modern design with its wall-to-wall, floor-to-ceiling window and a counter top made with rare agate stone. 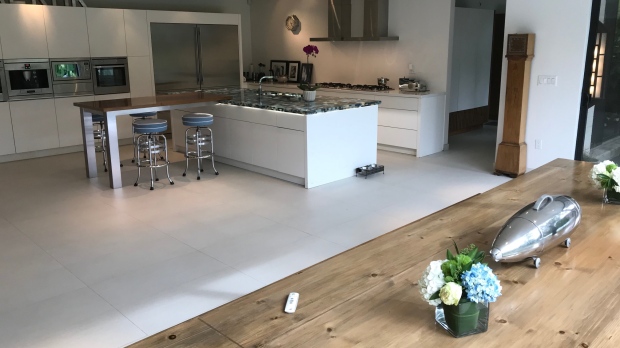 The backyard is very private and features a rectangular infinity pool and an fountain from the original 1908 construction. 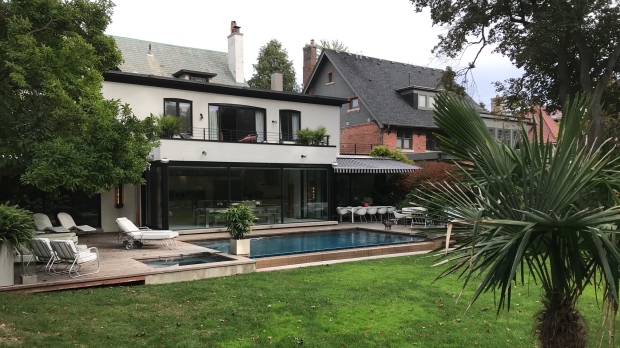 “It would be wonderful if a new owner wanted to continue the Art Deco tradition in this house,” Kalles said. “Once everything leaves a new owner will put their own signature on it”.